I have gotten engaged to a girl I met here. 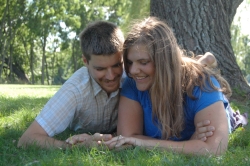 She found me on the site the same day or next day after she signed up for the free trial.

After we started writing she decided she wasn't going need her profile anymore :) God works in wonderful ways. I never would have thought I would find a wife through the internet.

I want to thank you for your great website, ChristianCafe.com. 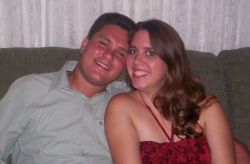 Michelle and Reid, the happy couple! 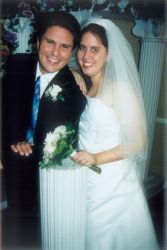 Michelle and Reid were married in 2006 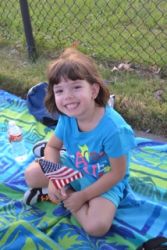 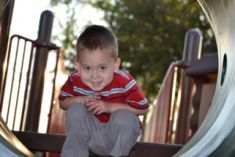 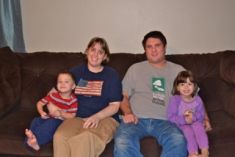 We were both the shy type when it came to being in big College groups but ChristianCafe.com made it all possible for us!

My husband was going to cancel his membership the same day that I e-mailed him after he "winked" at me only a few months prior to my e-mail. After he received my e-mail he decided to re-up his membership!

We were able to talk on your website through e-mail first. Then after only a few weeks, we dated. We were both San Diego natives and, after only a four months of dating, we got married!

We have a happy marriage with a good Christian foundation and, we are so happy to have found your website!

We thank you for being the vessel through which God began the writing of our story. 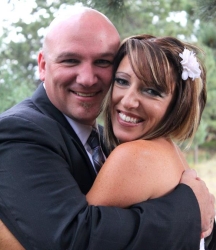 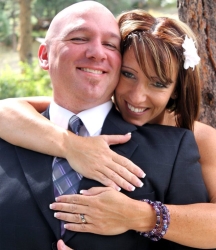 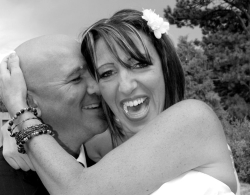 Chauna is ecstatic to have found Jon!

When we first began communicating, we agreed that we would just be Christian Pen-Pals, because Jon lived in Virginia and Chauna lived in Colorado.

We had a great time getting to know each other and developing our friendship, lifting each other up and celebrating life together by email and phone calls.

Despite all our efforts to remain "just friends", it soon became apparent that God had other plans. It wasn't long before we found ourselves completely in love.

We never imagined our story would read this way, but Jon moved to Colorado, and we were married in August of 2011.

A year later, we still agree that neither of us has ever experienced this kind of connection with someone before. We communicate effortlessly, and find a new sense of joy in life everyday with each other.

It is our prayer that everyone can experience something like this in their lifetime - our life together and our marriage is incredibly fulfilling. When God decides it's time, there's no stopping Him!

We've included a couple pictures from our "wedding", a beautiful elopement in the mountains of Estes Park, Colorado. Thank you again! 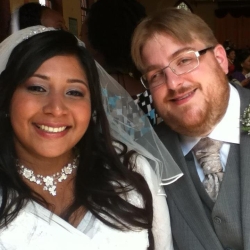 Bekky from London and David from London finally met in October 2010 after numerous calls and texts and phone calls.

The one thing that caught bekky585's eye was a Chicken Run poster in the background of flash477's photo and thought they may be kindred spirits.

They got married in Trinidad and honeymooned in Tobago.

Bekky585 and Flash477 would like to thank ChristianCafe.com for providing them with the opportunity to build a relationship centered on Jesus Christ.

I had a roommate and we both found our wives here on ChristianCafe.com.

We have both been married for 4 years now. I have 2 beautiful daughters and the first was a honeymoon baby.

I just want to thank you for your excellent site.

I have done a lot of research on Christian dating sites before I decided to join ChristianCafe.com.

I met a wonderful guy on your site and we are dating for 6 months now. He is the perfect match for me, and I really believe it was God's plan that I should join ChristianCafe.com.

Your site is an example of how a true Christian dating site should look and function.

My husband and I met through ChristianCafe.com & have been happily married for 16 months now!!

Thank you for having a great Christian dating website - we always recommend you to our friends and anyone else who asks us how we met.

I met someone on ChristianCafe.com last year and we are getting married next month!

I met a lovely lady on your site two and a half years ago and we got married last week in London.

Thank you for your service and God bless you all.

I have met the woman of my dreams.

We met in March at ChristianCafe.com when she winked at me. I read her profile and that sealed everything.

We are very serious and very compatible. I am looking to increase my income so that I can fly to Philippines and marry her in her own country.

George and I met on ChristianCafe.com 3 years ago.

We married 2 1/2 years ago! Thanks to ChristianCafe.com! We're happily married!

Last January I met a beautiful young lady who worked in a church in Davao.

We are now awaiting a Visa and have planned to marry on 12th January 2013.

We had both had traumas in our lives but are now happy and contented talking daily for 2 to 3 hours a day.