A match that was not supposed to work, actually did! 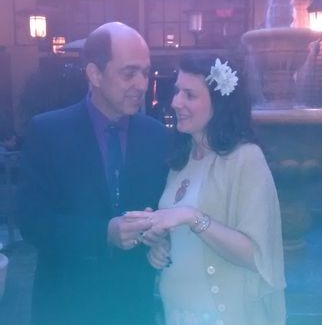 Lee proposed to Ida in the same restaurant they first met!

About three years ago I met someone from Glendale, CA. I live in Los Angeles, CA. We emailed several times but we did not think it was a match because he wanted kids and I did not.

But the funny thing is we kept getting matched! (Why? Maybe it was that both of us had never been married or had kids, maybe that we both have cats, maybe his blue eyes, certainly that we are both Christians.) So we communicated off and on for a little while.

Then in 2015, unexpectedly, he wished me a happy new year. I asked how his new year was going and he made plans for a dinner that week. I tell everyone we first met at the busy farmer's market, from which we walked to the local Italian restaurant for our fancy dinner date.

His background is Italian, so that place was a nice choice. It was February 7, 2015 when we first met and dined. Then this past June 7 he took me to the same place we first met and asked me to marry him.

Thanks for making it possible and I pray your staff all pray for more matches to be made! We plan to marry on April 7 next year. 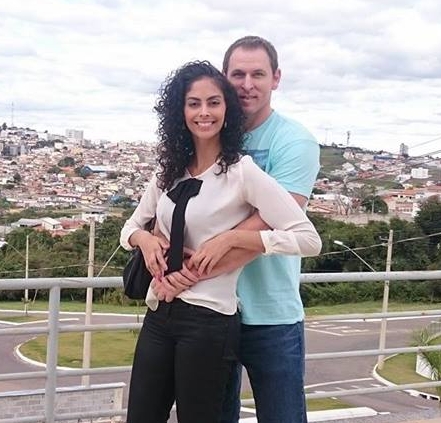 Brandon holding on tight to Amanda! 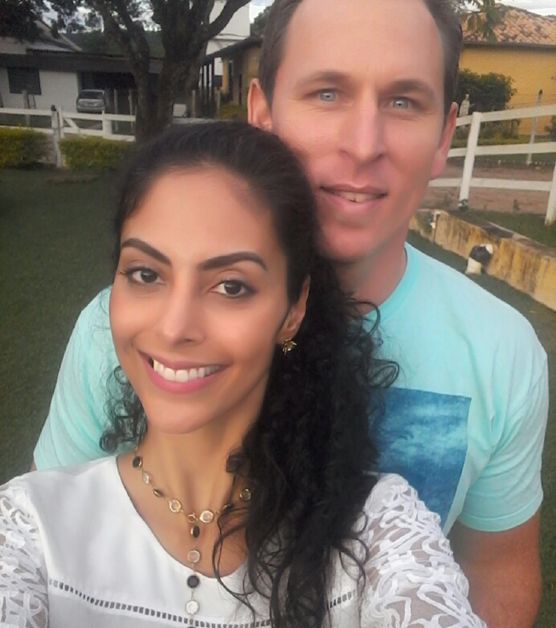 It didn't take long for Brandon to meet his fiancee, Amanda

Amanda and I met in the Cafe. About three months later, I flew to Brazil, and we got engaged!

We're getting married August 26th, in Brazil. We'll be living in Houston where I am a pastor/church planter.

It has been a wonderful experience using ChristianCafe and I deeply appreciate your service!

My husband and I met on your site over 10 years ago. Just had to finally say thank you for your tools, your site, for being the avenue God used to bring us together. We have been incredibly blessed.

Great customer service, Christian Cafe. I do appreciate it.

You guys are awesome!

Thank you for the opportunity! I've made and met some amazing friends through your site over the past few years and I pray that the same will happen in the time to come! Christian Cafe is a tool which is under God's grace and purpose! Praying for you all!

I have found a wife from this site! Thank you very much!

Thank you very much.