We are still madly in love. Many Thanks! 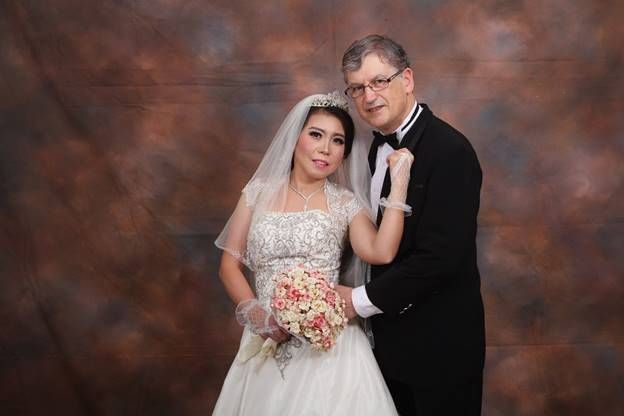 Gary found Rachel after expanding his search - look at him now! 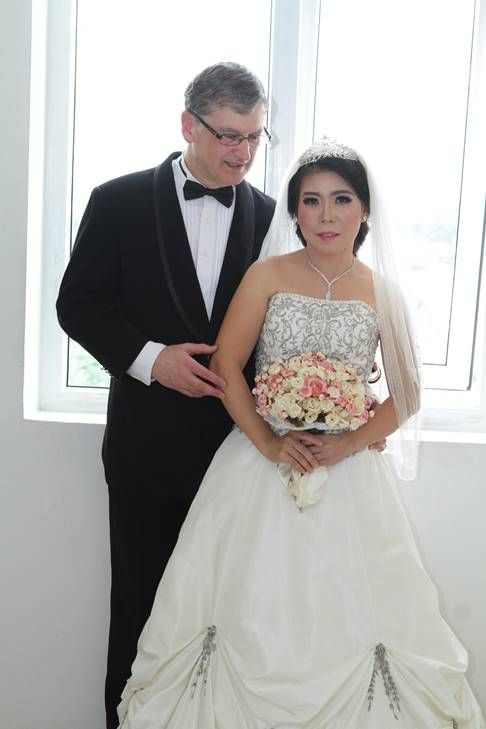 I found her after expanding my search from Saskatchewan to all Canada to North America to South America to Europe to Asia and finally to Indonesia, on the opposite side of the Earth.

I immediately liked her picture and loved her profile which said "I love Jesus, He's everything to me". It was love at first sight.

Moments later I saw a message on the screen. It was from her. We had found each other separately on the same day. It was intriguing.

We met in Jakarta in August, received approval from the family and Married on December 16, 2017 in Jakarta. Rachel came to Canada on May 4, 2018.

God gave me my husband! 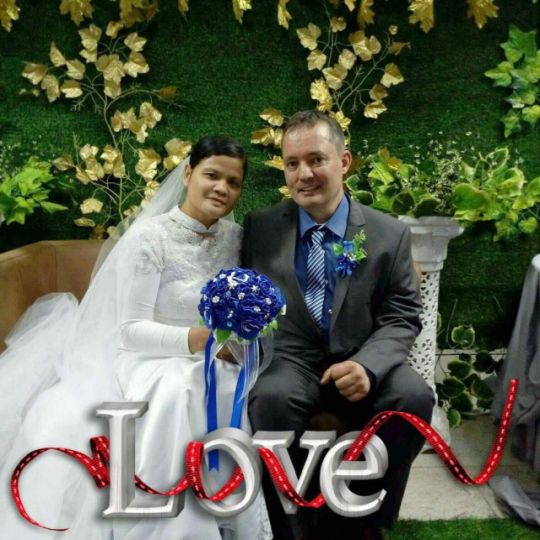 The happy couple on their wedding day! 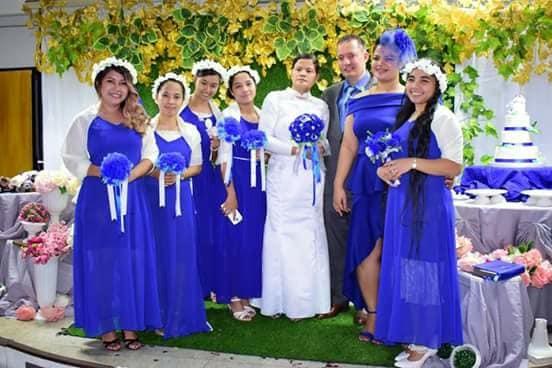 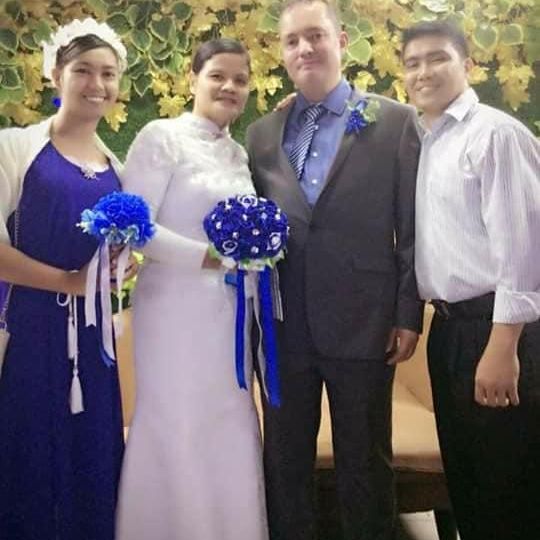 Ghuy with her Maid of Honour, Mikael and his Best Man

I thank God for ChristianCafe.com which was used as an instrument for us to meet. All glory belongs to God.

Way back 2015 November I re-joined ChristianCafe.com with a new profile and began chatting almost right away with Mikael. The first time I saw his profile I felt different and I told myself 'this is the kind of man that I'm looking for'. I was in Hong Kong at the time and we continuously emailed each other. Then in 2017 he flew to the Philippines to meet me in person and of course my family.

It was a very exciting meeting for both of us. After a year we decided to get married. We were married May 26, 2018.

This year, in March 2019, I'm about to go to Denmark to be with my loving husband. I'm really thankful to God for having met my husband through ChristianCafe.com. My husband and I thank you again.

I found my husband on here 5 years ago and really appreciate ChristianCafe.com!

It's a great job you guys are doing.

Thank you for your great assistance. I would like to thank Christian Cafe that I finally met someone through from the Cafe!

He is a gentleman beyond explanation.

Thank you for my wife.

We met on ChristianCafe in March of 2015 with me living in Florida and her living in Germany. We met in person in May of 2015 and after spending some time together, we got married December 3, 2015 while on vacation together in South Carolina.

Thank you for introducing me to the woman who became my wife on December 3, 2015.

I have found someone through Christian Cafe.

We are looking to the Lord for direction of how He would want us to go and continue. Thank you so much for being there so I could find this person I have come to truly appreciate and love. We leave this relationship to the Lord and His will.

I am very impressed with the site and the design of it.

Thank you for your service/ministry to us Christ followers who look for a marriage partner online. Gary and I met through Christian Cafe last April, met face-to-face the end of May last year and were married on Oct 21. Glory to God, who used Christian Cafe to bring us together.

I'm really thankful that the Lord has put Raquel in my life and I'm thankful for Christian Cafe.

David: I joined Christian Cafe about three weeks ago and did a three month subscription. The beautiful thing is I met Raquel on Christian Cafe I think the second day of my subscription and we have been talking since then and I'm going to see her this weekend so I committed to her that I would remove my profile.

Raquel: I met David after a few days of buying a 3 month subscription and we are going to see each other this weekend! I want to ask you to remove my profile from Christian Cafe because I am totally committed to him. Thank you for everything.