I met my new husband Tommy on ChristianCafe.com ! 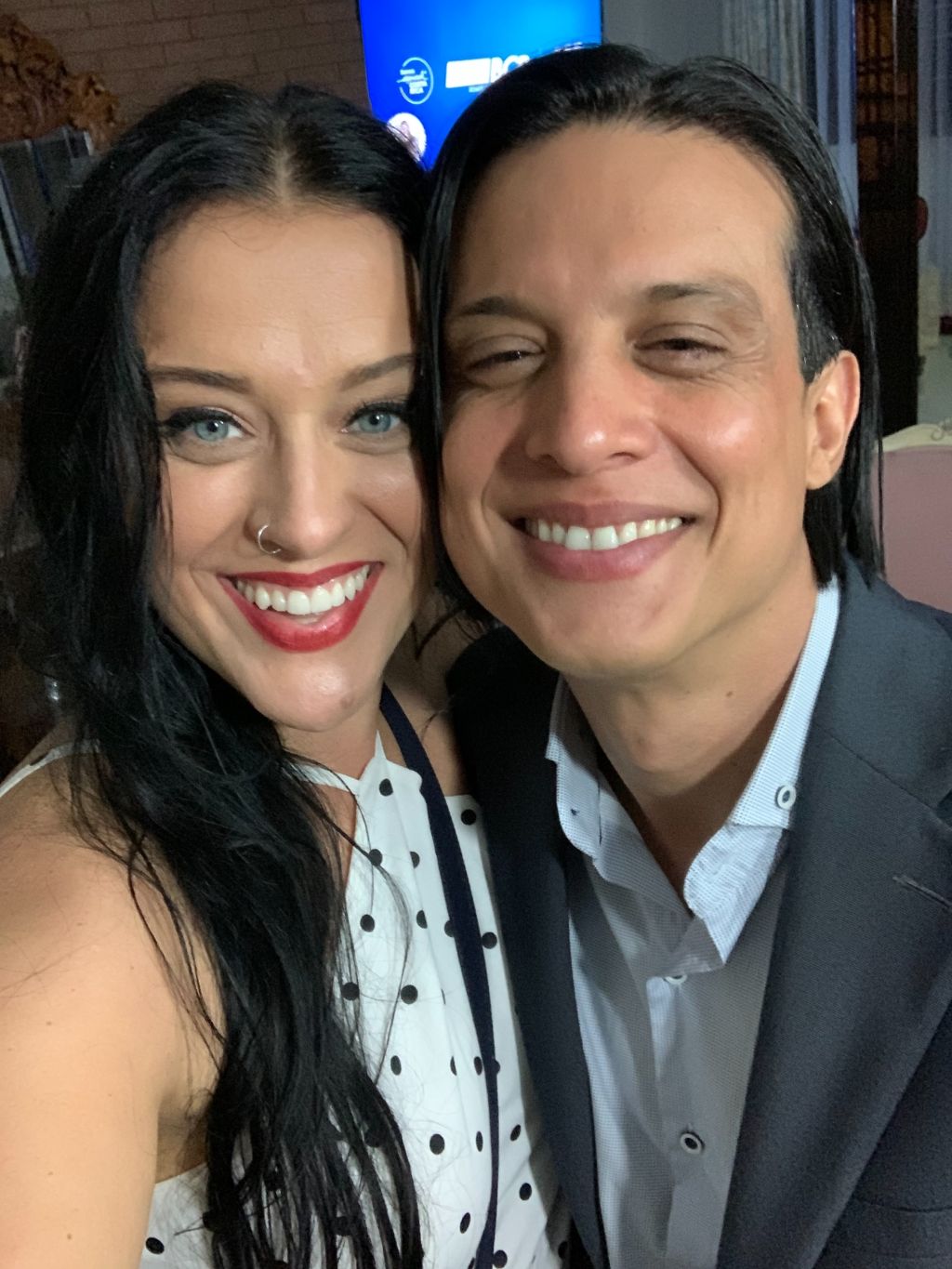 A very happy Sierra with her man, Tommy! 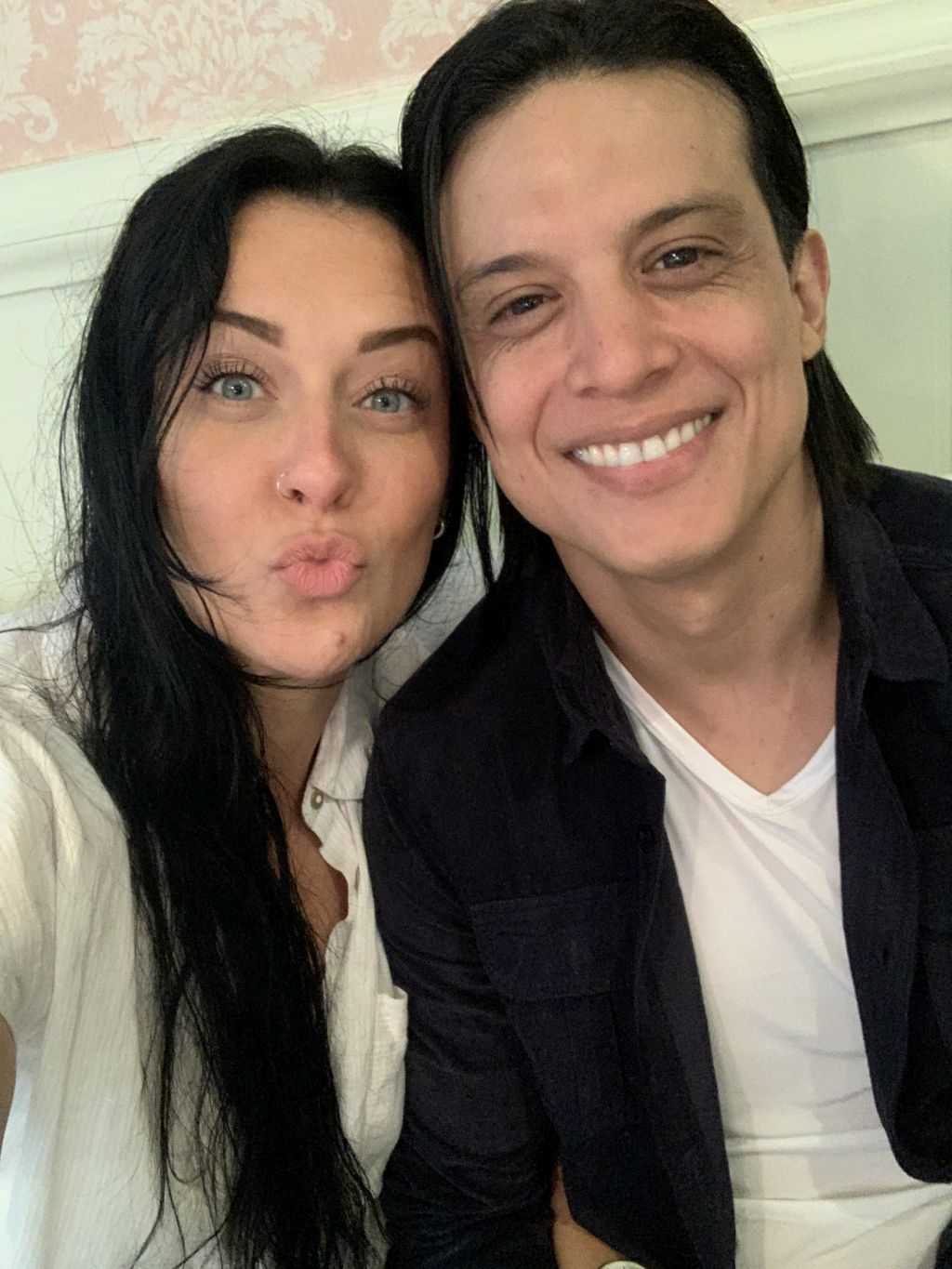 After meeting in person for the first time 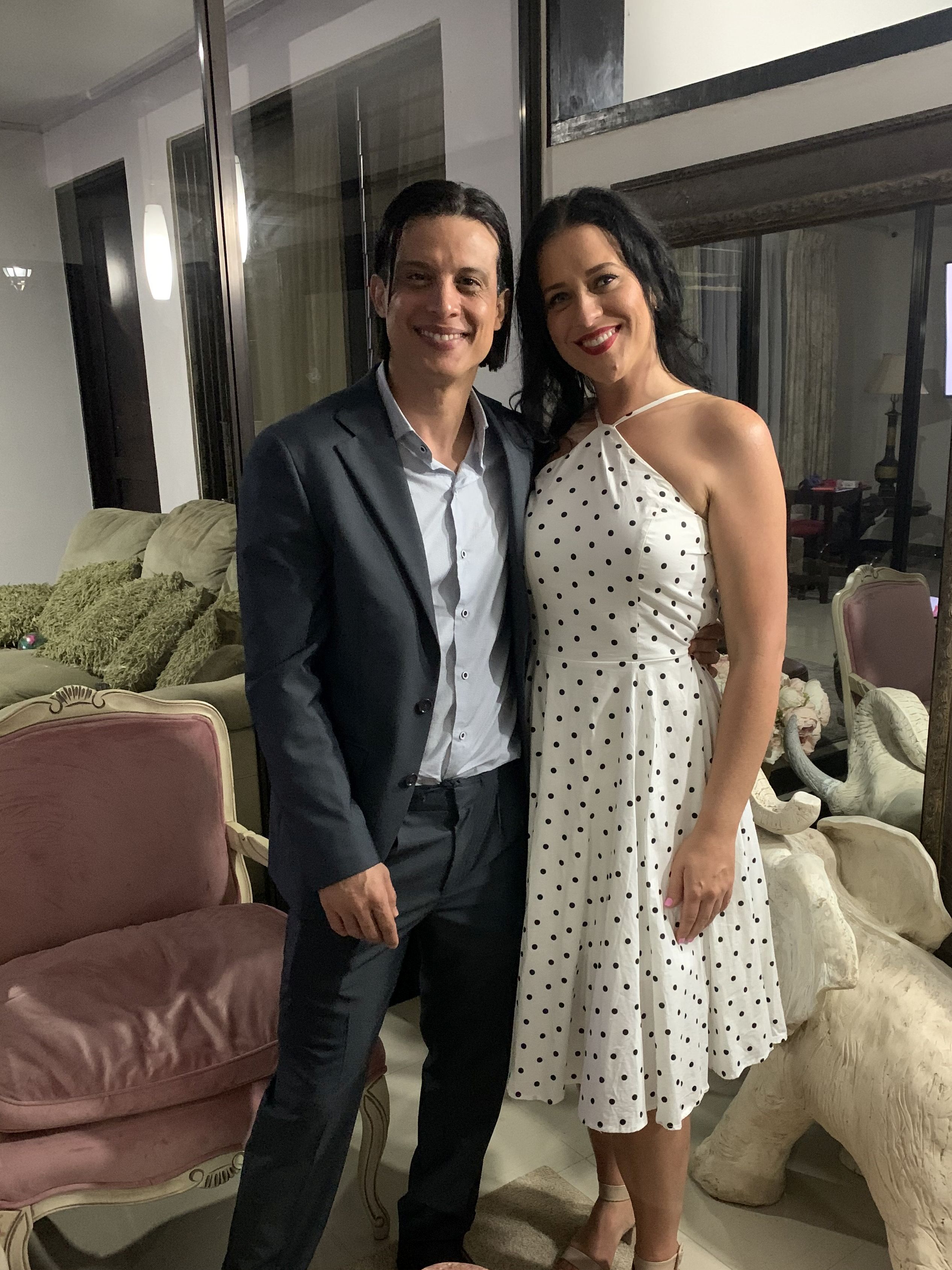 On their wedding day - don't they look happy together!

I had tried to find someone and was about to give up, but decided to try one more time.

He was just so kind and humble when he wrote to me that I had to give it a shot. We started writing and the rest is history.

Thank you Christian Cafe for making it possible to find my dream man; the man Jesus made for me! I praise God for him every single day.

Thanks for being one of God's tools Christian Cafe! 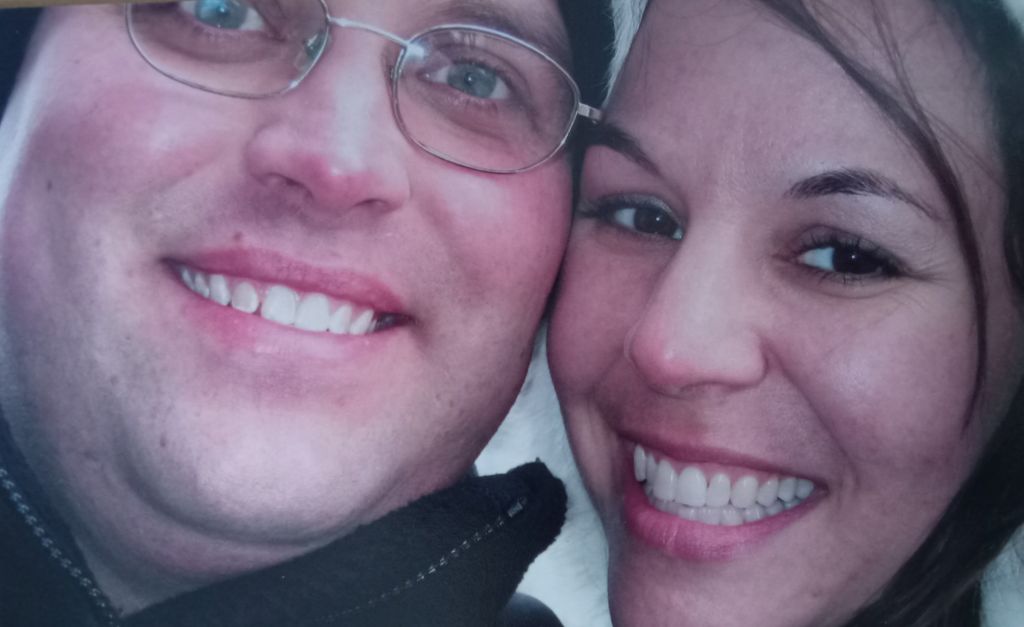 Very first selfie together 16 years ago, on their first date 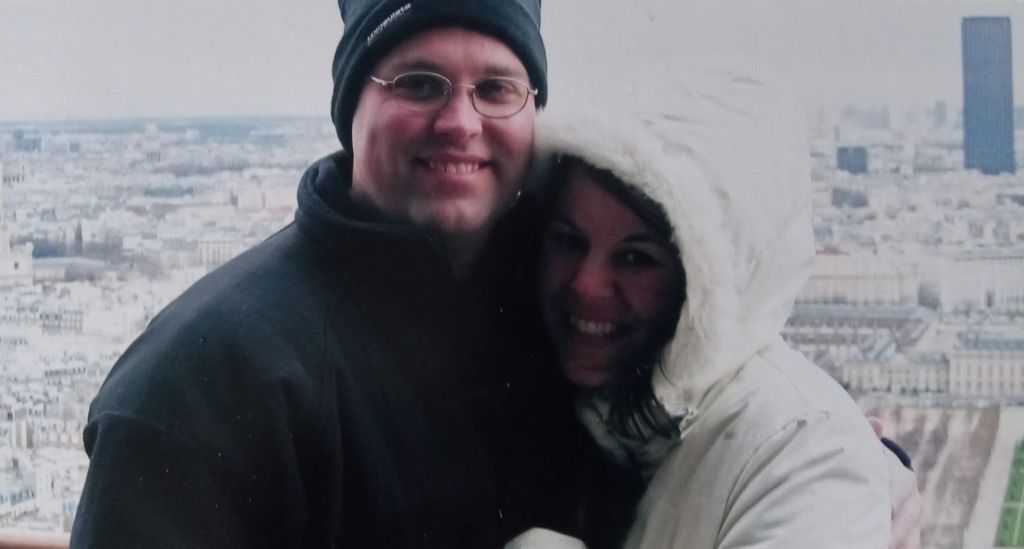 Maria cuddles in for a photo on their first date...in Paris! 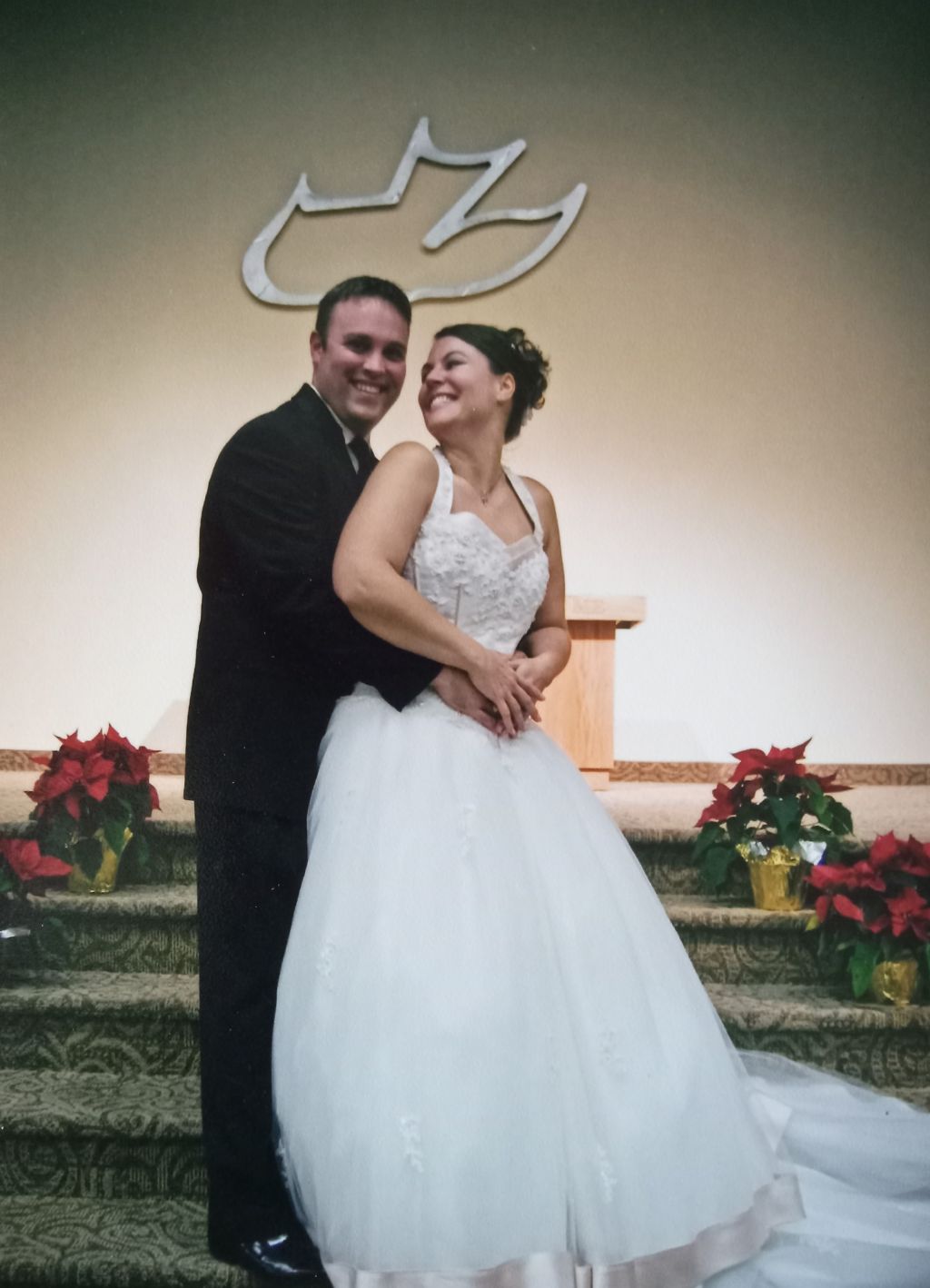 On their wedding day! 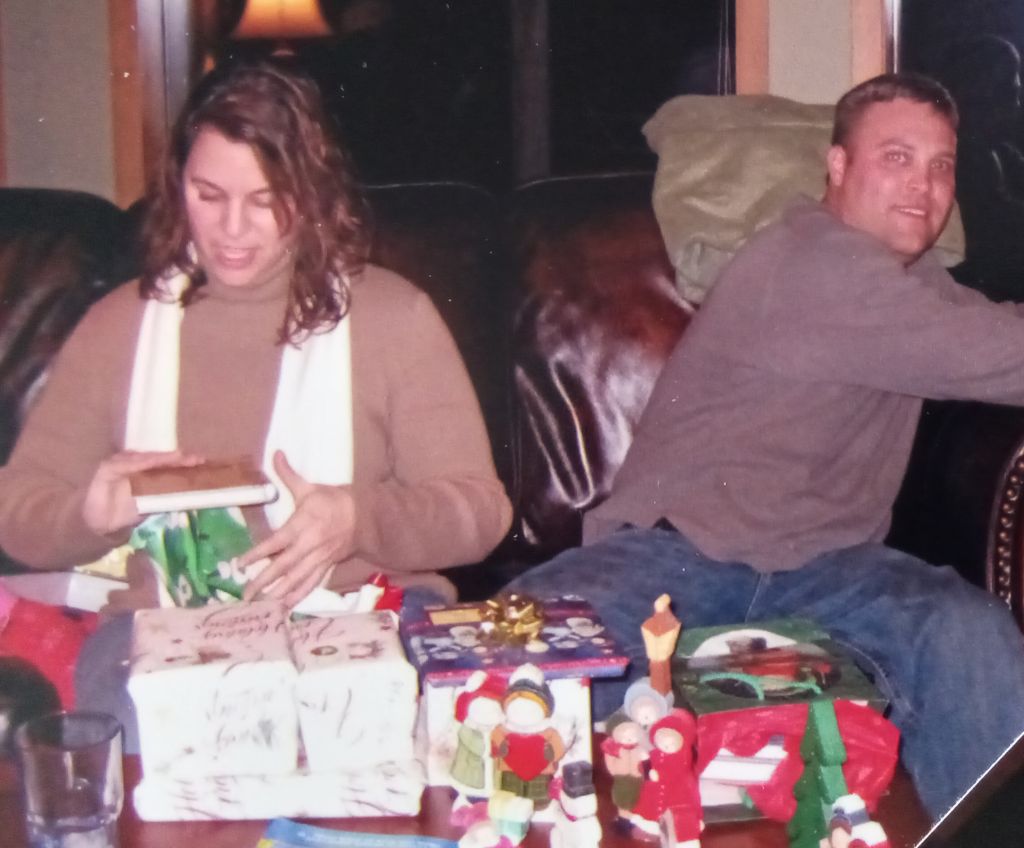 What did Ryan buy Maria for Christmas? 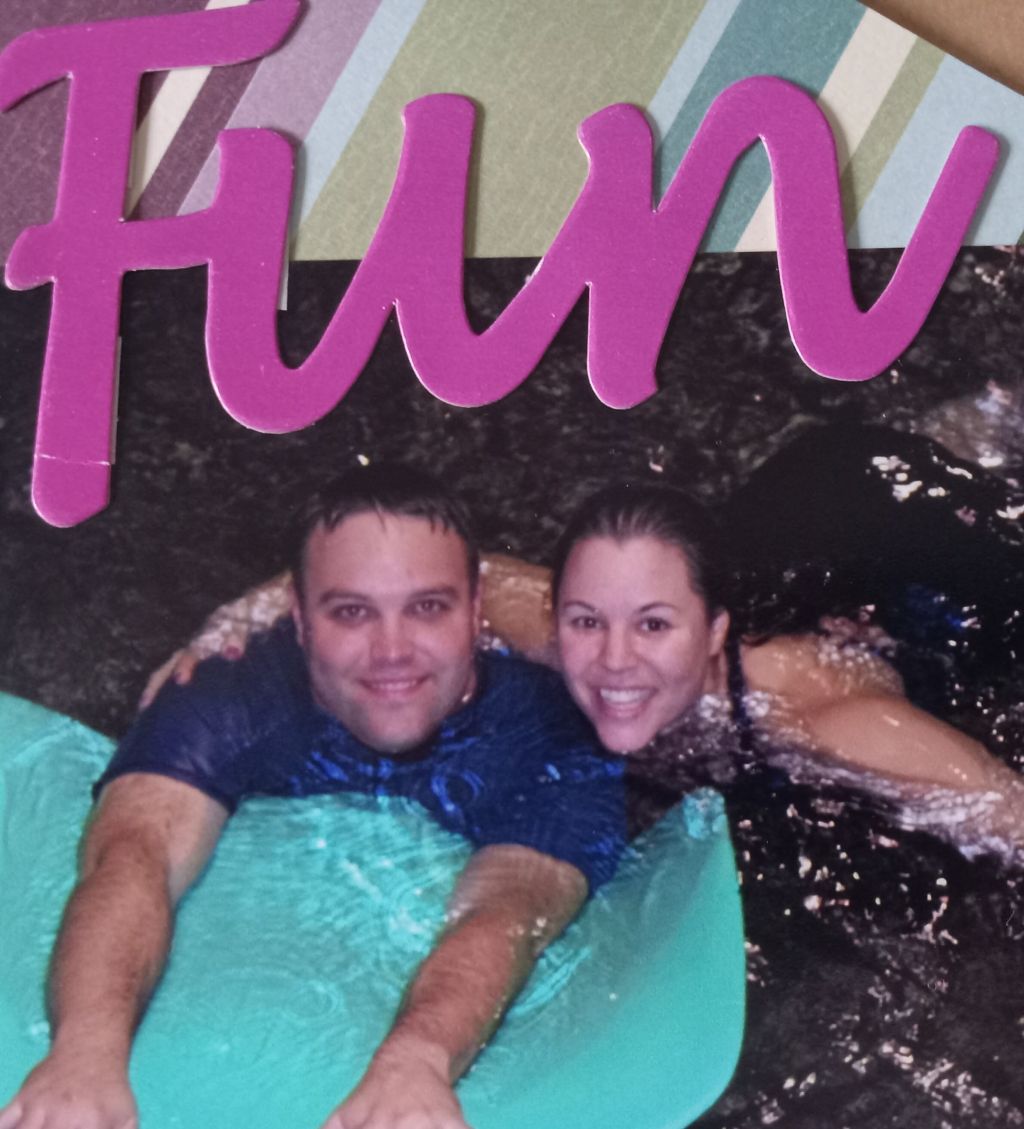 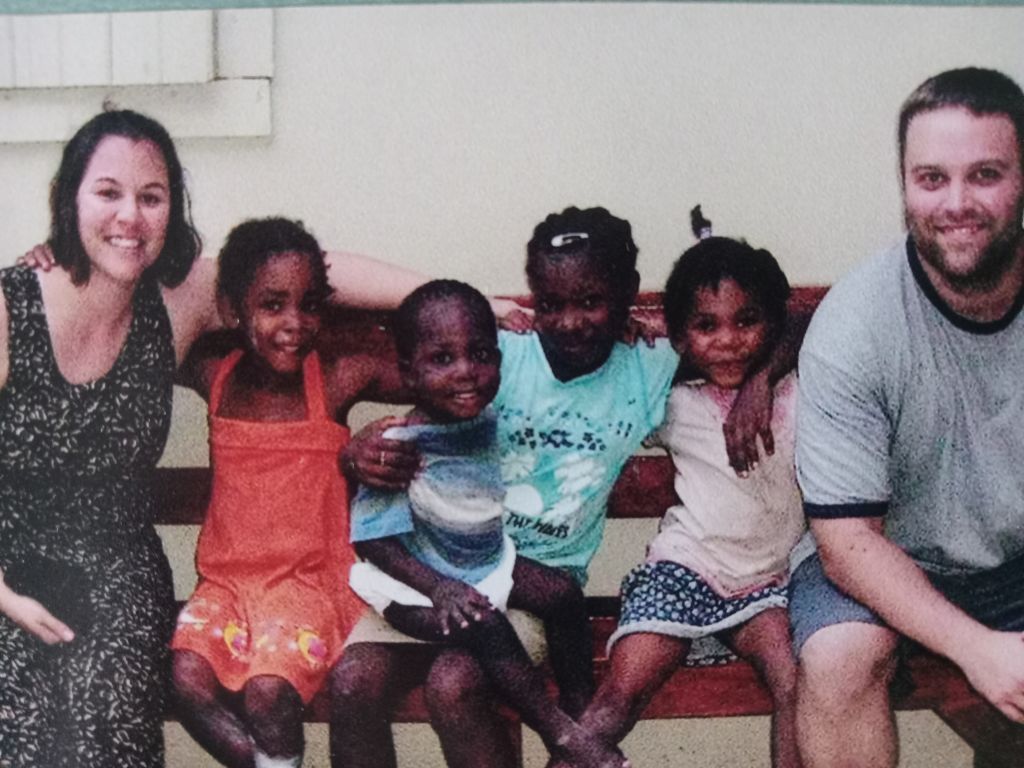 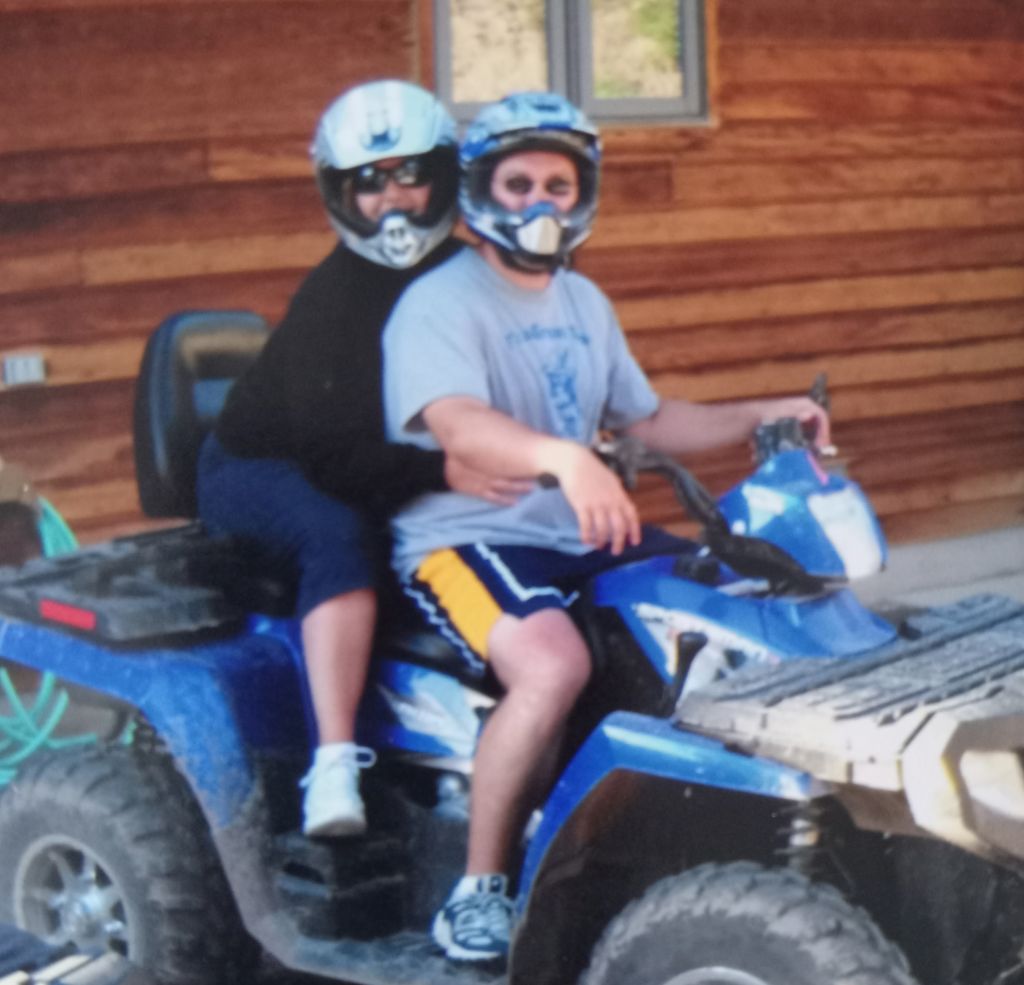 First time for an ATV ride in the mountains 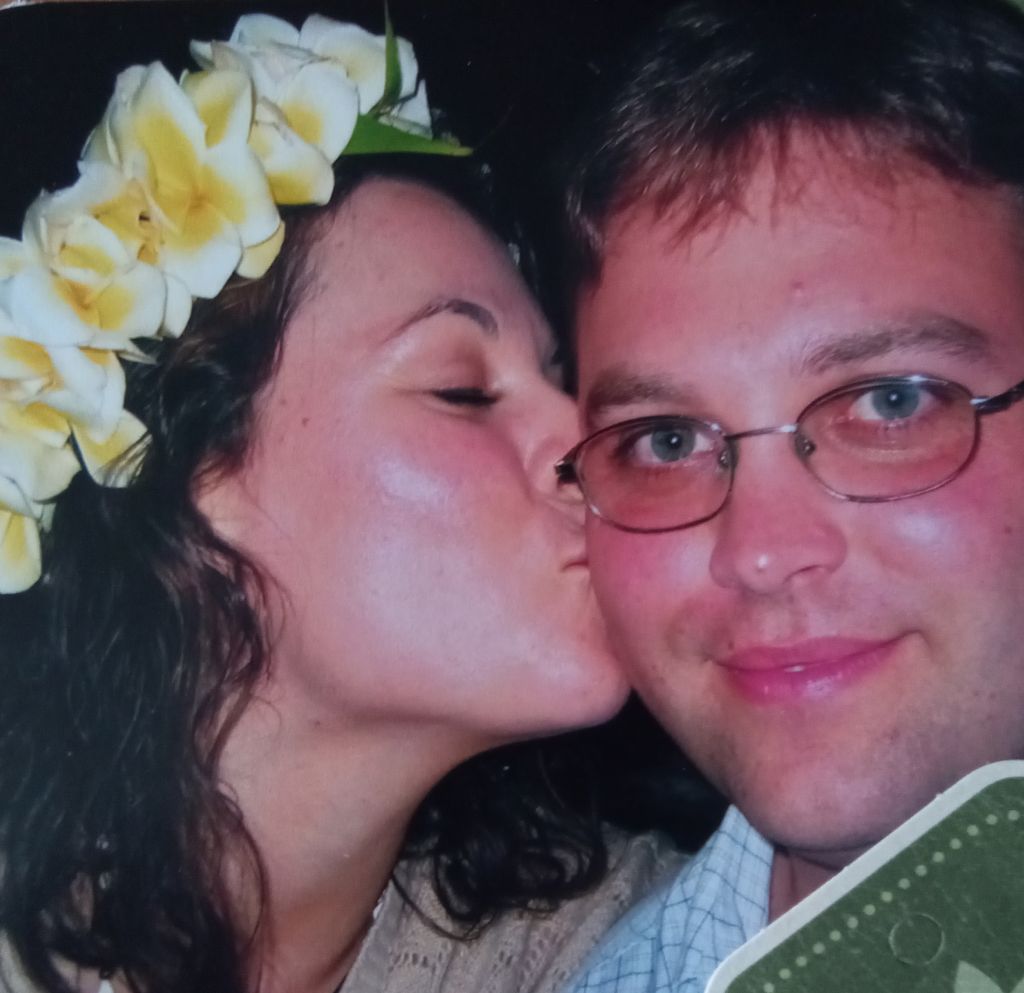 Vacation to Hawaii - isn't Ryan so lucky to have found Maria! 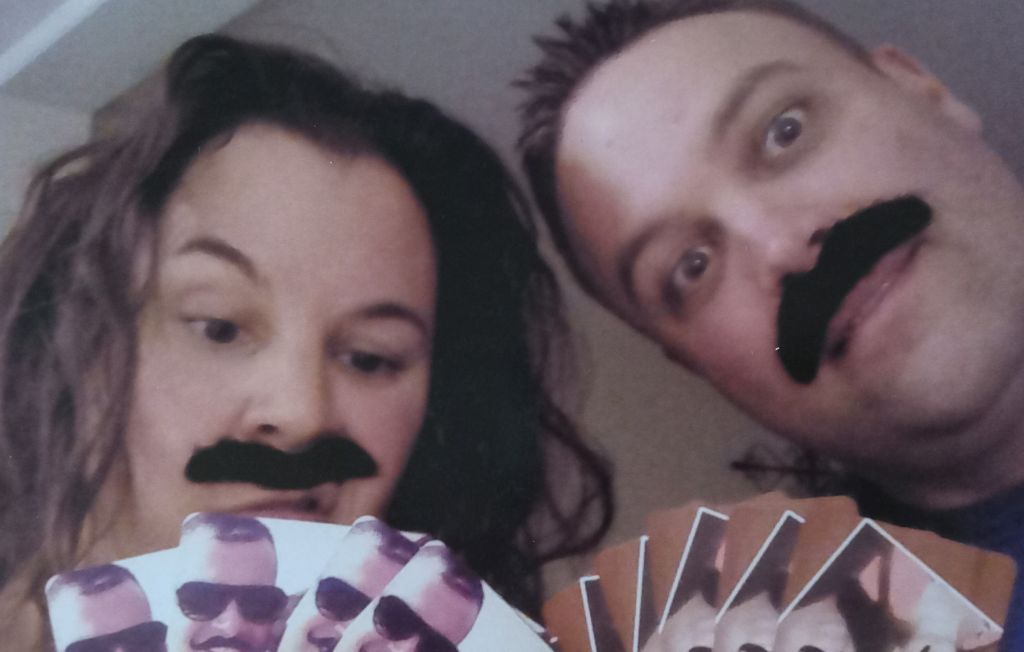 Being silly is a great way to keep the relationship grounded! 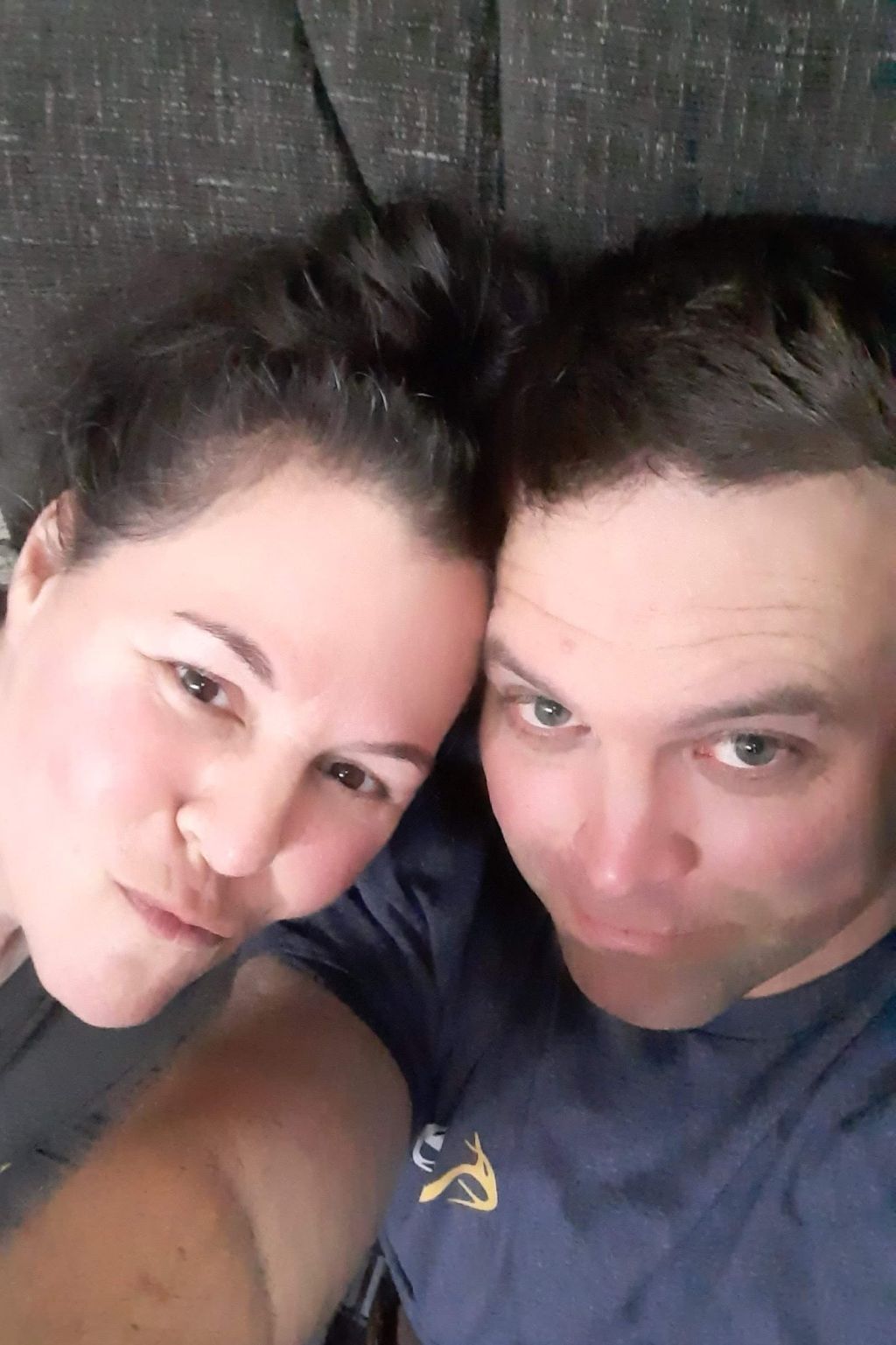 I told my friends, "I'll never go on one of those dating websites!"

Well, after continued encouragement, they finally wore me down and I joined Christian Cafe where I would meet my sweet hubby Ryan.

I remember he sent me a message and I just glanced at the photo that was included but I didn't have time to read it and respond.

A few days later that message was gone! He had removed the message because I hadn't responded.

I wanted to let him know that I wasn't ignoring him so I did a search for him. All I had to go by was that photo!

I don't know what made me search and search for that mystery man (Yes, I do! It was God!) but I did until I finally found him and sent him a message back.

We bonded over the fact that everybody wanted to meet up for coffee but we had no interest in that.

He was a military guy and lived in Hawaii at the time but was stationed in Germany for a few months.

So, he flew me over for our first visit in person! Our first date would be in Paris!

That was 16 years ago and we've continued our travels and adventures together growing closer and closer to our Lord and Savior, Jesus Christ, Who is the center of our lives!

We are so thankful that I joined Christian Cafe, even though I didn't want to at first, and that I searched Ryan out after he deleted that message.

We couldn't imagine what our lives would be like if the Holy Spirit hadn't nudged me to do both.

ChristianCafe.com was the dating site where we finally found each other. 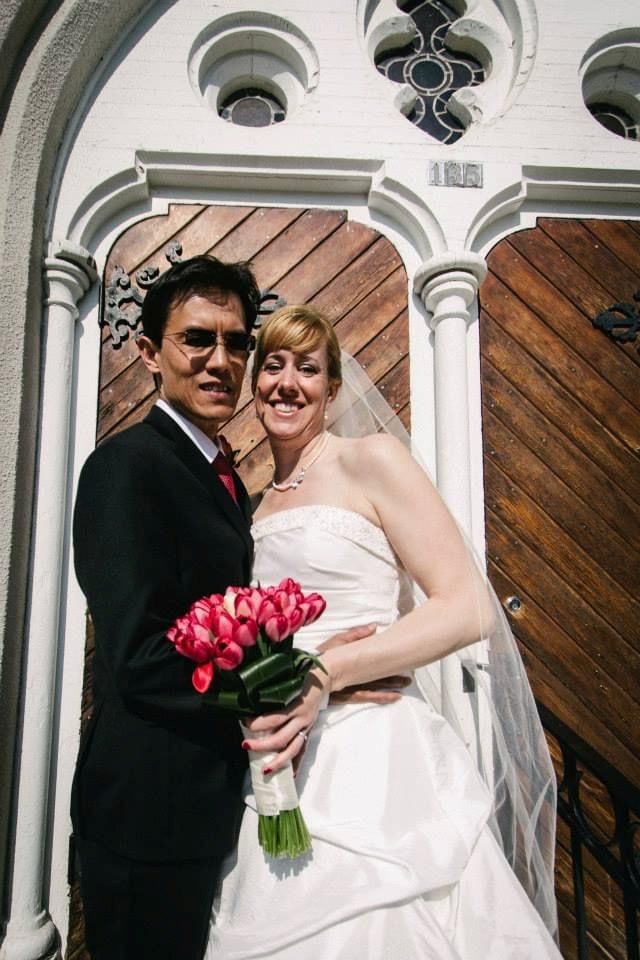 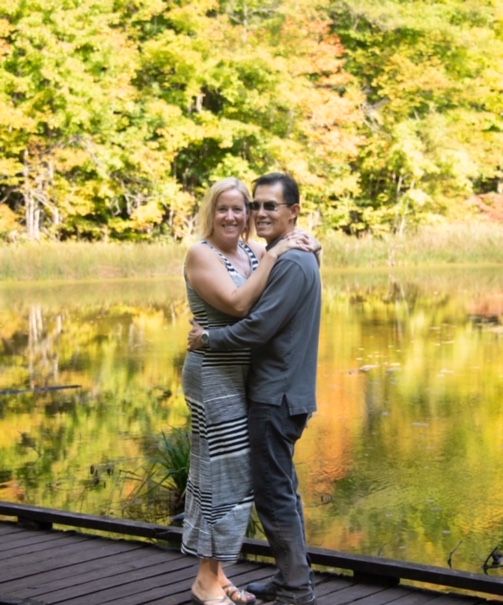 We had both tried other dating sites and never found someone that we connected with.

We found ChristianCafe.com, and within about four months we started talking and we met in October 2010.

We were married in 2013 and we are planning our 10 year anniversary next year.

It takes time, but it was great to find another person with the same beliefs!

Thanks for allowing us to find each other.

Thanks to the Lord that I have found someone on Christian Cafe.

We have been together for about 1.5 months now and we ask the Lord to continue to keep and guide us as His will be done in our lives.

We live far from each other but the Lord knows and will guide us.

Thank you and may the Lord Jesus Christ bless you and keep you.

I met my wife on ChristianCafe and we are happily married.

We are about to celebrate our first anniversary on January 1st.

I'm truly impressed with the site and the customer support.

I continue to be be astounded by not only your promptness in removing scammers, but your courteous emails.

I tried different Christian dating websites but they weren't as good as yours!

A lot of different websites hold your dating services and company as a cut above the rest!

I met a man that lives in Canada through Christian Cafe.

I hope and pray that we will get married in the future.

Thank you for the good cooperation, between you and the members.

I have put all my heart on Christian Cafe, and I am promoting it to many people, and many have come to like it.

As you know these days people's problems are lack of joy in their hearts, just as their relationships have collapsed.

So we are desperately looking for our partners to win back that lost joy, and happiness.

Thank you for the site!

I have met some wonderful ladies here.

Just a quick thank you for what you do here... offering a place where Christians can have a chance to meet... it's good.

ChristianCafe.com is definitely one of the best Christian dating sites out there.

The quality of real people on ChristianCafe.com seems to be much higher, your search works well and you have excellent customer service.

You guys do steadfast work though I had a relationship through here last year with great lady that inevitably helped me become more to be man I am now.

But of course Really it's Jesus Christ Almighty King of Everything who works All things To His Glory.

MAY All GLORY BE HIS FOREVER. LET US ENCOURAGE ONE ANOTHER AS LONG AS IT'S CALLED TODAY.