I saw Will's profile and a Firework Show happened inside! 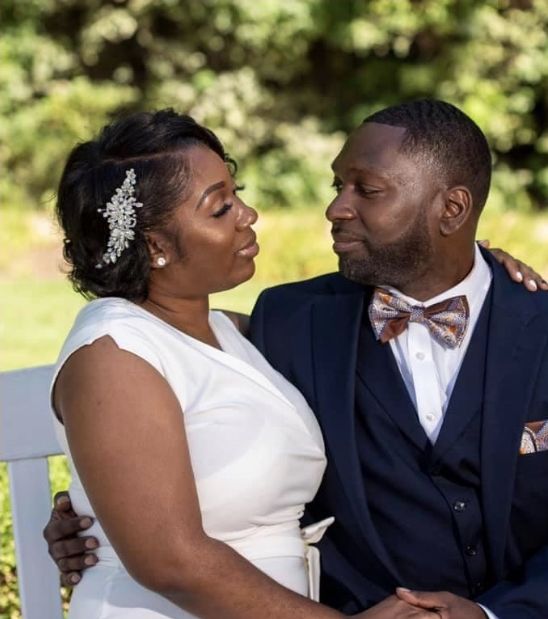 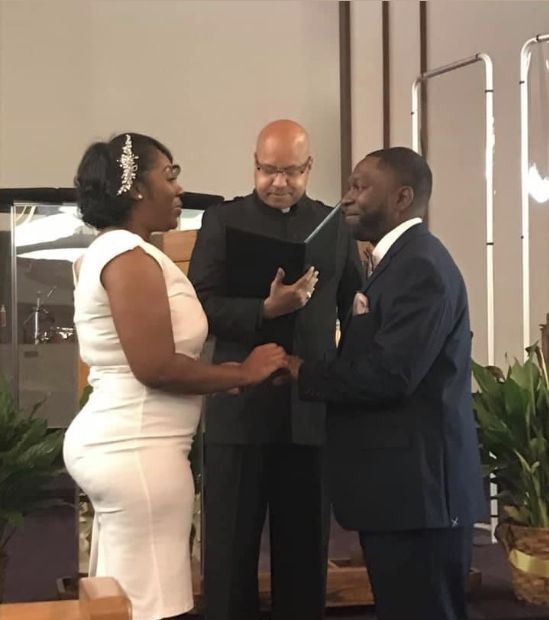 Charmaine and Will make it official! 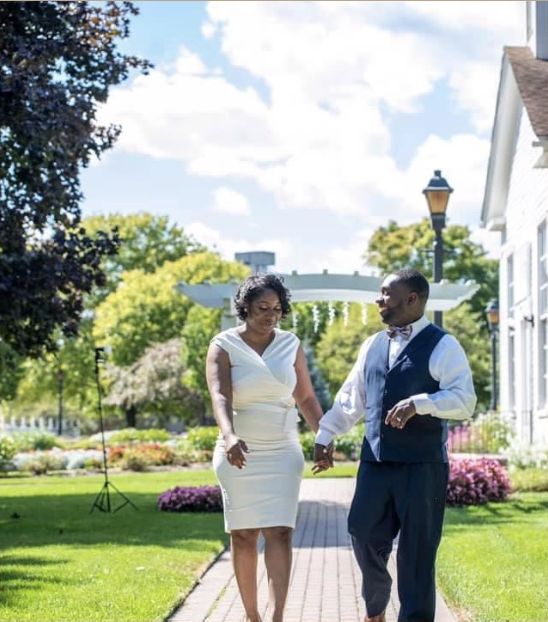 What more could a man want than to walk beside his true love? 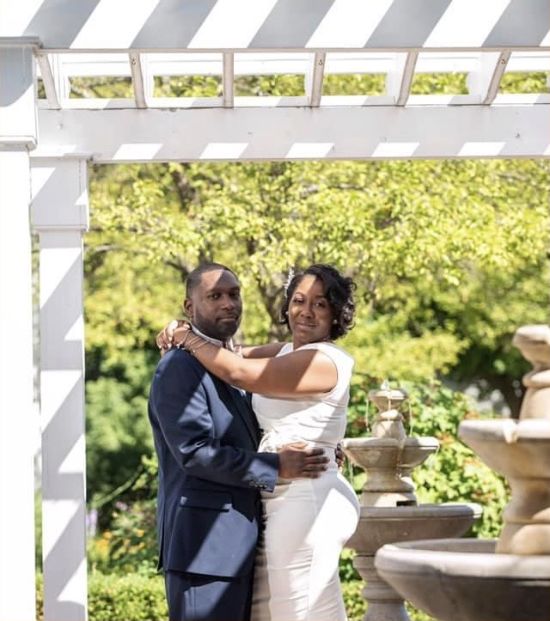 Don't Will and Charmaine make a great couple!

I saw your ad while scrolling on Facebook so I decided to create a profile. I joined and saw Will's profile. I liked what I saw! I laughed to myself and said "If it's meant to be, he'll contact me." Little did I know Will liked what he saw, too :) Within 2 days of my prayer Will messaged me and said he wanted to pursue me.

We were really intentional about getting to know each other. After sharing our testimonies on how our faith journeys began and the pain of previous divorces, we began to get really serious all the more, once we'd seen how much we had in common.

After much prayer and counsel, we married on 9/4/2020. We are so grateful for the platform of Christian Cafe.

Found my LOVE at Christian Cafe Dating, for Believers in Jesus. 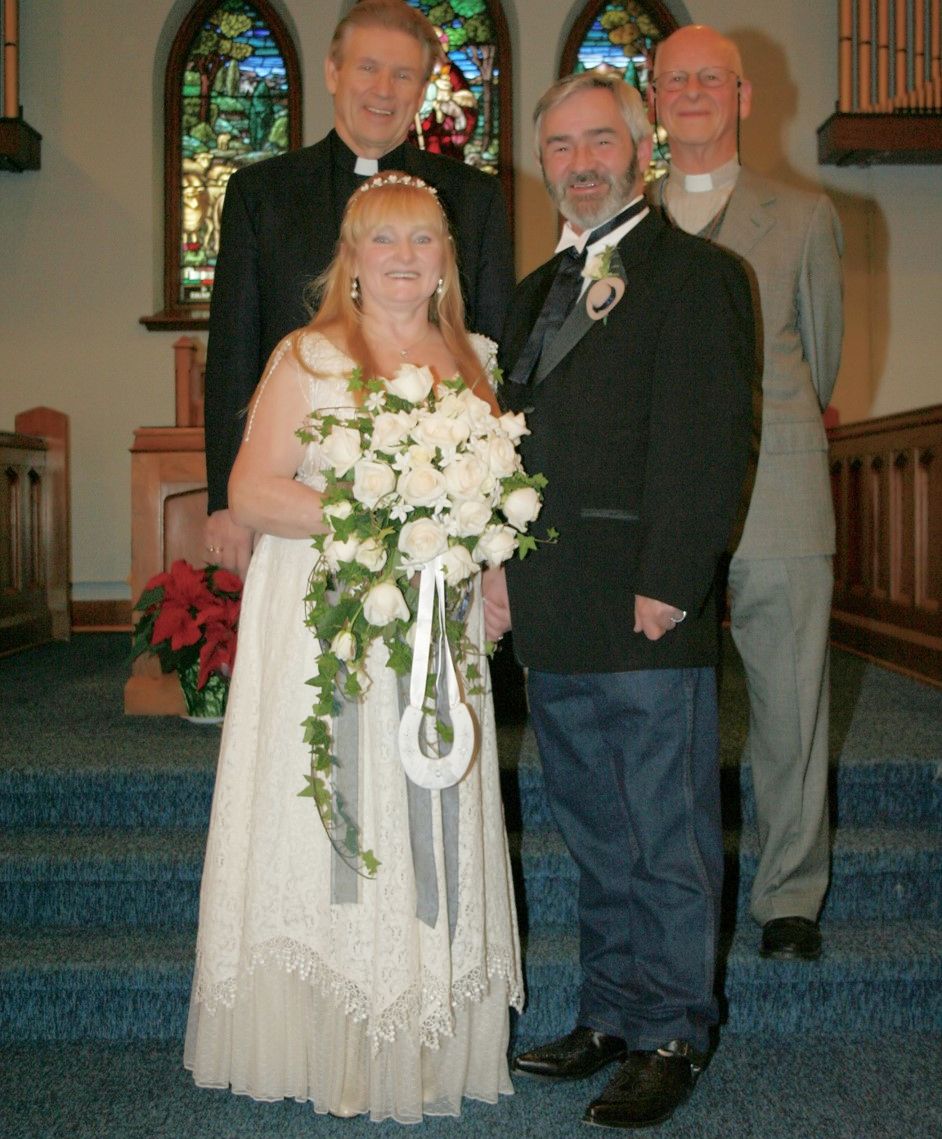 12 years of marital bliss for Garry and Margo! 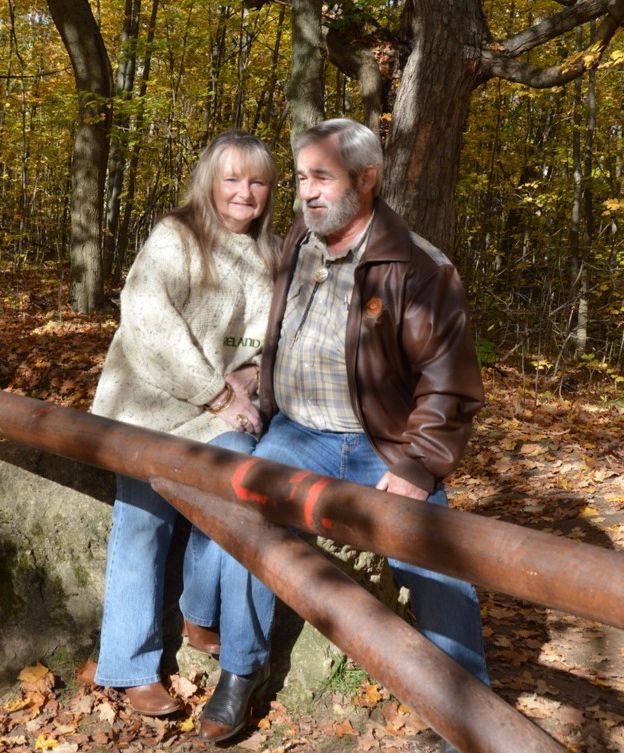 Isn't this the sweetest photo of a couple still madly in love!

After being Divorced for 3 years, I started searching for a Web site that was Christian operated and Christian attended. I found it at Christiancafe.com. Within a few weeks, I found so very many wonderful Ladies in my category including age and interests.

Soon; With over 200 likely candidates, I arranged dates in churches and coffee shops agreeable to the both of us. Some were obviously not for me until I met HER!

At first sight we hit it off and many dates later we got engaged. Within a year we were Wed. And recently, we Celebrated our 12th Anniversary.

We are both 75...marriage made in heaven by means of Christian Cafe!

I was a missionary for 44 years in Mexico, where my husband died in 1998, and then I went to Ecuador to work with a foundation that served indigenous women's groups. I would get on Christian Cafe every once in a while, just to see if anyone interesting came up. My husband said he liked Christian Cafe because he was looking for a missionary to work with him in his mission to Muslims, and every other dating site he signed into would automatically pick out people for him, but didn't give him the chance to look at their profiles first. On Christian Cafe, he was able to look at profiles first.

I sent him a wink, and told him to go look at my profile and if he was interested, to write to me. That's how it all started in April of 2018, and in September he went to Ecuador to propose to me, and we were married in November of 2018. We've been happily married for two years now.

God used ChristianCafe for me and my God-given man to meet.

By God's grace and power we are in a serious relationship blessed by God. Thank you.

Thank you so so very much.

I am thankful for this site as it helped me find someone so I appreciate the efforts done here.

ChristianCafe.com is safer than any sites I have joined.

I will soon be deleting my account here because I am already engaged and will soon be marrying my God's best. Thank you very much, especially to the people whom I have met here and became friends with.

I have been on 7 different dating sites/apps in the past 12 months. Christian Cafe is the best site by far, especially for genuine Christians.

People often ask me for advice. Sometimes I come across someone despairing of the truly horrid "Christian" sites out there and I've recommend you as the best site for sincere Christians. Today I just found out about the fifth person to sign up because of me. (I'm sure the number is quite a bit higher, these are just the verified ones.)

I'm getting such a kick out of this and I wanted to share my joy with you. Have a wonderful day and keep up the good work.

A few people have asked me what my own thoughts are about Christian Cafe... My answer is always the same... Above reproach.

I've been getting a lot of messages from a wide variety of people and countries, and for an old country boy like me, it tends to be a bit overwhelming. Christian Cafe certainly runs a tight ship, though, in keeping out the scammers.

Keep up the good work.

It was a God thing I am sure as I met a woman who is now my fiancee.

I thank the Lord for how ChristianCafe.com helps people find that special someone.

ChristianCafe.com is truly blessed and pure.

Believe me, as soon as I can cover the expense, I will be signing up for a full-membership. Your website is forever on my devices, and heart.

ChristianCafe.com is most definitely a site I highly recommend for Christians.

Your service and audience are excellent.

ChristianCafe.com is the most honest group of men I have seen on online.

You guys are the greatest.

Of the few dating sites I've tried over the years, Christian Cafe seemed to have the most practicing/believing Christians on it.

I'd definitely recommend it. Thanks!