No words other than 'Praise the Lord!' 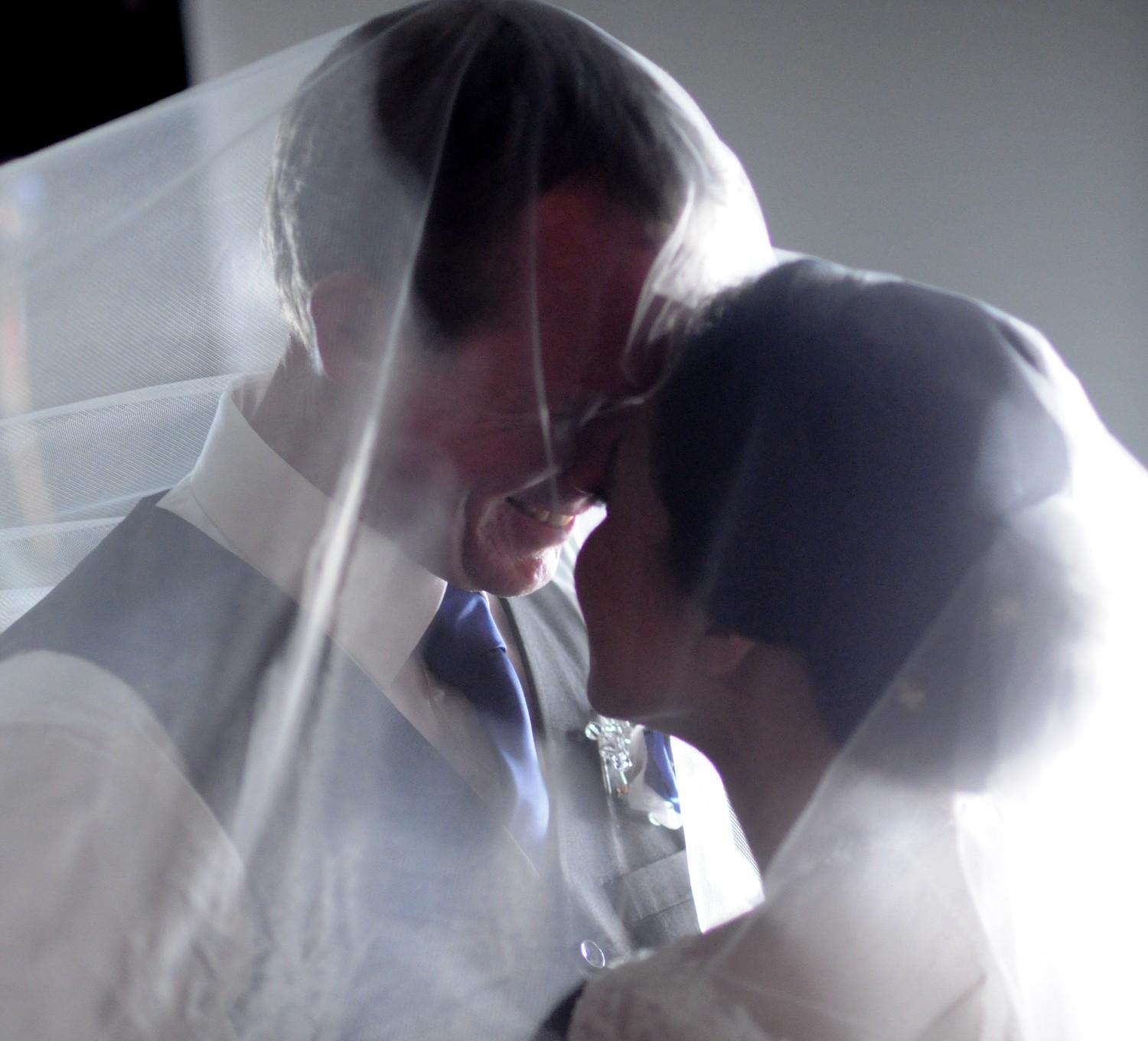 After completing her profile, Ennyd connected with Stuart, and now they're married!

I remember setting up a profile a long time ago but it remained empty and without a photo. In May 2015 I decided to write more about myself and even posted some photos and I began to receive a lot of mail. Some were friendly, some were not and I became discouraged and wondered if ChristianCafe.com was the place for me.

But then I received a message from Stuart, commenting about "my freaking out with flying roaches" (something I wrote about on my profile), and he said it's spiders that do the same to him. I prayed, "God if this is another prank sender or someone who will eventually show me untoward behaviour, then this will be the last time I'll use my account." I sent Stuart a birthday wish and even asked if he had a "birthday date". And that was the start.

The story continued in the next thousand messages. Fast forward, he was coming to Manila to meet me for the first time!

November 2015, we had our first ever awkward hug at the airport. Little did we know that it was the beginning of everything. God had something great in store for us. We had church camp that time so apart from meeting me and my family for the first time, I was also able to introduce him to the people in the church. They all loved him!

We had long and serious discussions about our blooming relationship. As we did not want to rush and get too enticed with our emotions, Stuart suggested we get a book to help us know more about each other even when we were apart. After a series of prayers, God led us to the answer together, 101 Questions to Ask Before You Get Engaged by Dr. H. Norman Wright. It was quite overwhelming to get vulnerable again after several heartaches in our individual lives before. But the time we spent answering each question with humility and honesty led us to another stage of our relationship.

God blessed me to be able to fly and visit him in Australia in May 2016. As it was again his birthday week, his parents decided to have some holidays too up in the tropics while I was there. I was ecstatic to meet them - a wonderful Christian couple full of love and grace. There was no doubt that Stuart, my-then boyfriend, was a man of good character because of the way he was raised by such godly parents.

Days quickly unfolded and before we knew it, we were back to the reality of our long distance relationship again. Indeed, it was challenging but we both agreed to wait for what God has promised to those who will trust in Him. We filled our distance with more emails and video calls. Yes, we did praying together on Skype too! We never ran out of things to update each other about - work, church, boring days off, fish tanks, heavy traffic - everything! And believe me, keeping the communication open really kept us alive and even more loving, always looking forward to spending more time together.

On Stuart's next visit to Manila in October 2016, we spent lovely days together as I turned another year older. Apart from that, he surprised me with an engagement ring. Oh yes, we got engaged!

And then, more prayers. The next thing we knew, God had already been sewing up our lives together for our own happily ever after! We got married in June 2017 and I am now lovingly spending time with the Christian man I met once upon a time on Christian Cafe!

More blessings to your organization and to those who are still searching, keep your eyes focused in the Lord. He knows when is the best time for you and your beloved to finally find each other.

I have been on other dating sites, but I have to say ChristianCafe.com is the best so far.

Your site now definitely has more traffic than [another Christian singles site]. The way you continue to offer various sections for comments on specific questions is great.

I met my best friend 18 years ago while I was still in the Philippines. A friend of mine introduced me to this website so I joined the free trial. During that time, I was in the process of migrating to the US to work as a Registered Nurse. I went online to find somebody to talk to and to practice my English skills. I met this guy from Netherlands with no photo but I liked his profile. His English skills were not great either. For the life of me, I had to search where the Netherlands was located :) I came to the US in 2004 and by June 2012 I met him in person while I was vacationing in Europe. Fast forward to 2018, our friendship is still going strong and we are going to Israel in March. Both of us are still single, never been married, no kids, (just busy with our careers). We are both honoring God with our purity and waiting to see where this journey will lead us...

Again, from the bottom of my heart, thank you very much Christian Cafe!!!

By the way, our English skills have way improved :)

I met my fiancee on Christian Cafe.

I met someone through the Christian Cafe site. We are still dating right now, but moving towards possible marriage. Lord willing, things move forward.

I have nothing but high praise for Christian Cafe. I found out about it through the Boundless Show from Focus on the Family. There are a lot of a good things which I like about Christian Cafe.

Thanks to ChristianCafe I have found the love of my life.

It was on a trial membership that I met a man from Arkansas. That was on 12/1/2013. Six weeks later he flew to the Philippines and stayed from January 15, 2014 until December 25, 2014 to get all the required paperwork in place.

Then on Christmas Day we both flew from Manila Philippines to Memphis Tennessee. We have loved and lived in Arkansas since (we have been together for over four years now). So thank you Jesus and ChristianCafe - we are happily married! Until death do us part.

I've found some one through ChristianCafe.com.

She lives in China and teaches in Mongolia.

Christian Cafe is the only Christian Singles site I recommend to my single Christian friends of all ages and Pastors as the best, safest place on the internet to meet quality Christian singles.

I do this because I have tried almost every singles site that claims to be Christian. Sadly most are Christian in name only.

I know beyond any doubt that Sam, his family and the Cafe staff do everything in their power to provide their members with the best and safest site on the internet. God's blessings to all at Cafe! Keep up the great site!

I have had a successful relationship.