Her profile was quite clear that she only wanted to meet guys from "her side of the pond", because anyone else would probably just wind up being a pen-pal. 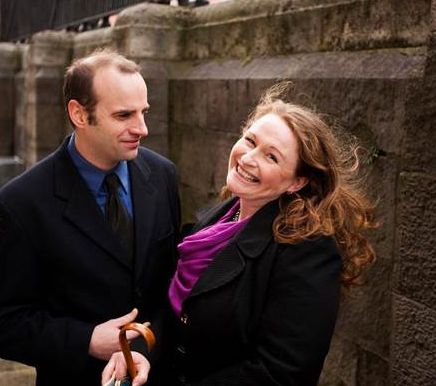 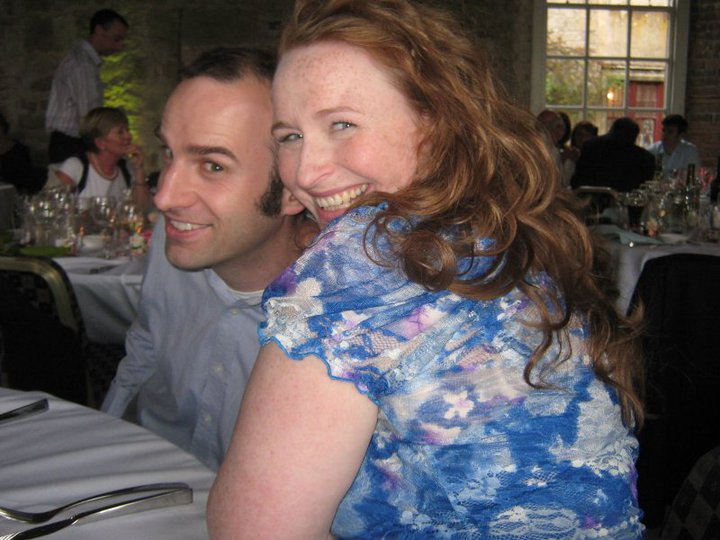 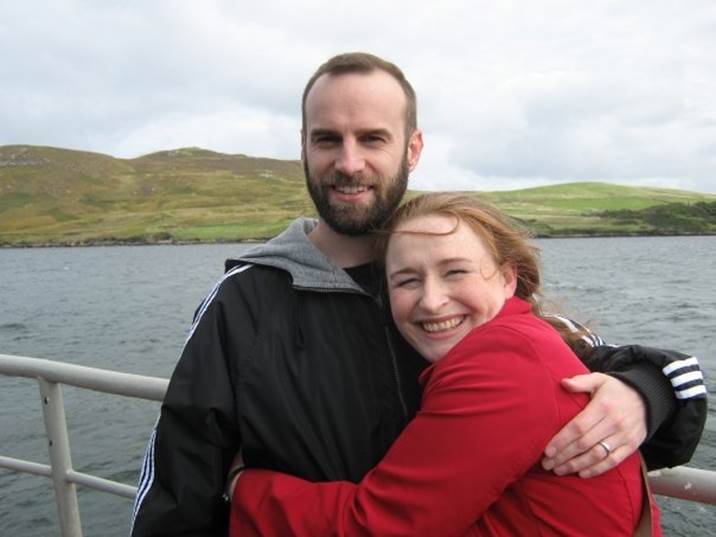 It's true that we met on Christian Cafe. I lived in Northern California, and Maire lived in the West of Ireland. I was ready to leave work one day and saw that Maire was "online". So I used the chat function to ask her, "What's wrong with the world if a girl like you is still on Christian Cafe?" And that's how it all began...

I had a passport with no stamps, and after many hours of online chatting, was invited to make an initial trip to the Emerald Isle. The next year involved a lot of time on planes and "airport goodbyes". I was given a Claddagh ring in February on a blustery beach, and we were engaged in May. After the wedding, I emigrated to Ireland due to family dynamics, and because Maire's church was smaller than mine.

We celebrated our 12th anniversary in January 2021.

Thinking back, I remember clearly paying for a membership. I recall thinking, "Christian Cafe is of really good quality, so I want to 'give it a proper go'", as we say in Ireland. But you'll need to discover the value on your own :)

I've seen friends use ChristianCafe.com and meet their spouse but it didn't seem like "my style". 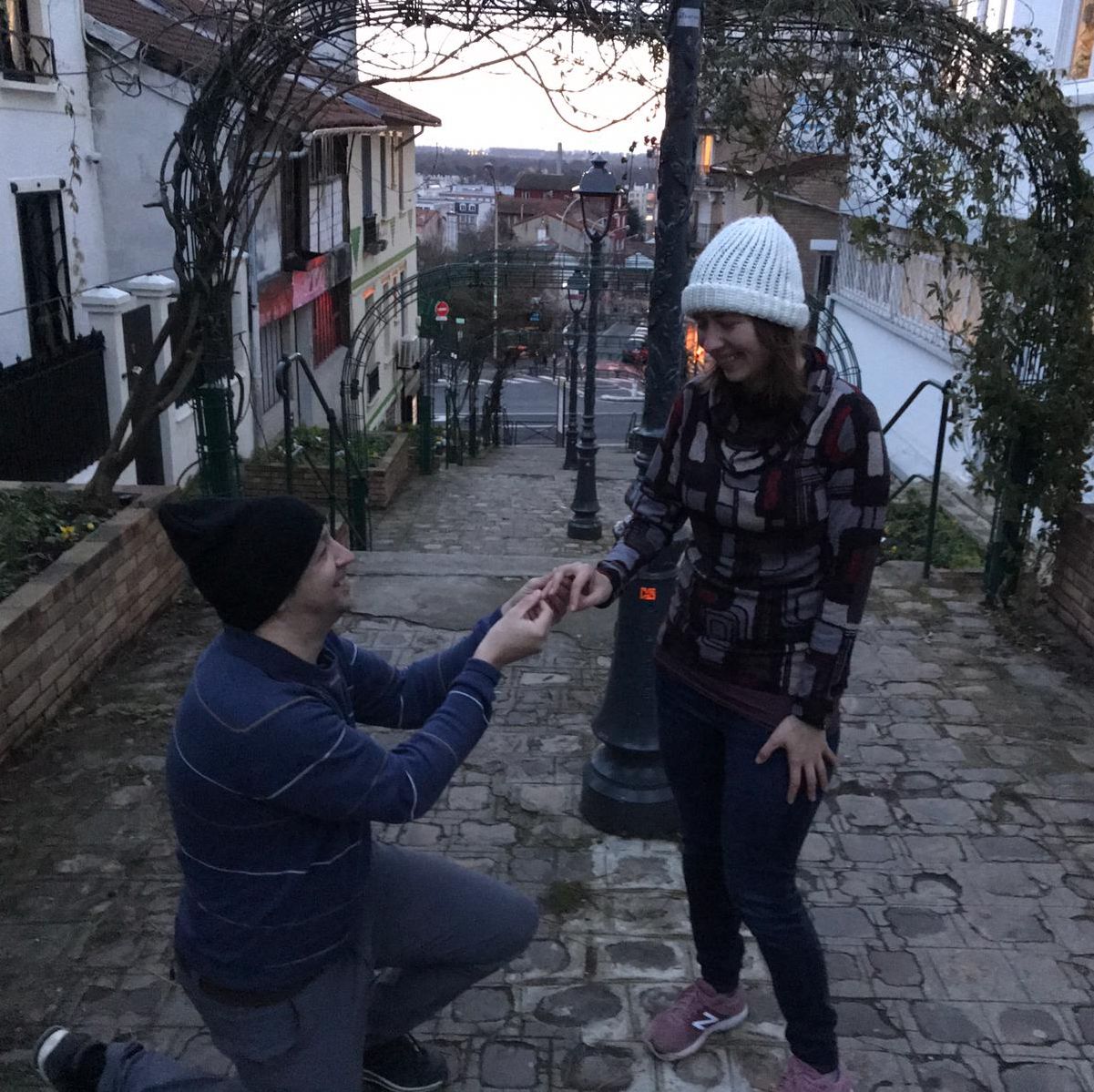 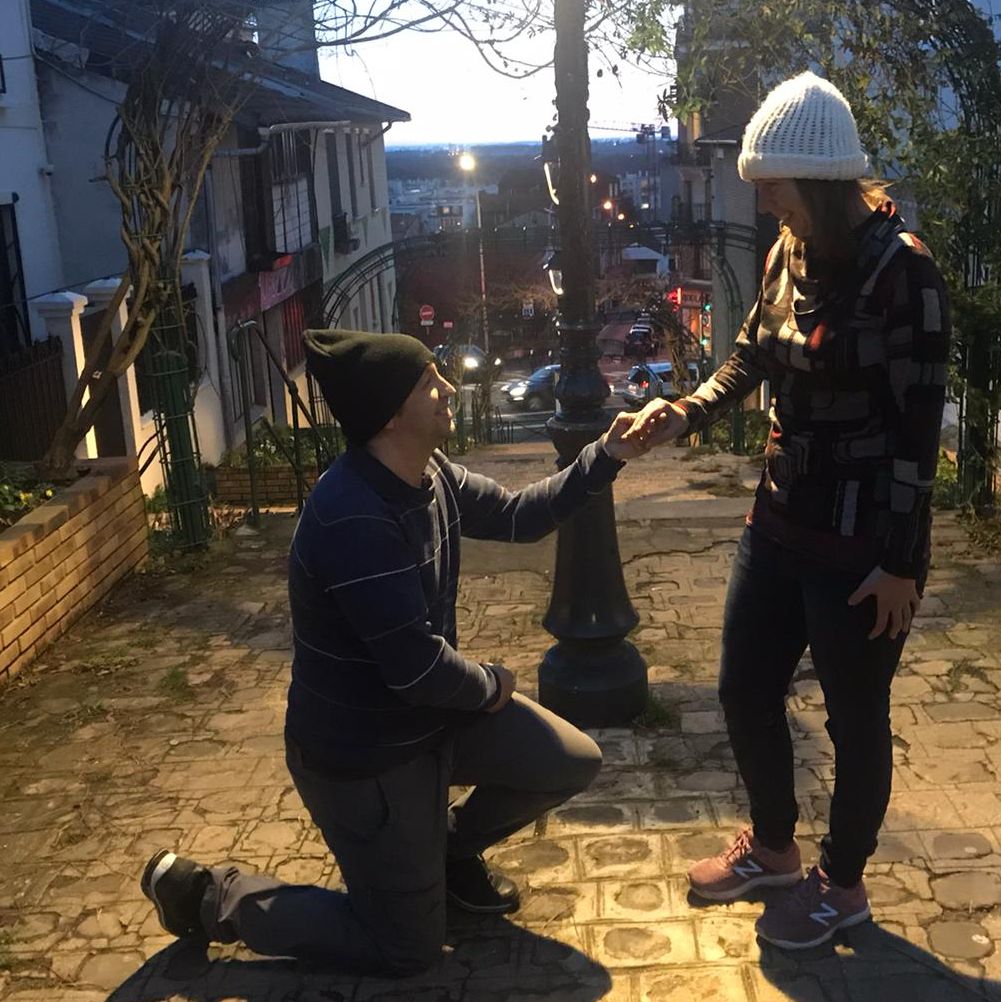 Michael proposes to Deborah in a beautifully romantic setting.

I wanted to be very sure my relationship was from God and I was also busy in work and life pursuing what He had for me. However, at one point I felt that I really should try online dating so I joined Christian Cafe.

One short stint later and I'd met a good new friend in my city, but not a romantic interest. A year later, after I'd been away from Christian Cafe for several months, I received a message from another gentleman, Michael. I was instantly interested and found his short message funny, humble and to-the-point. We eventually moved our messaging to emails and then video calls.

When Covid arrived in March we had to wait an extra four months to meet in real life. By the time we did meet, he was one of my closest friends and I was so excited to spend time with him. A week later we started dating and five months later, we are now engaged! Our relationship has happened between 3 countries, 2 lockdowns keeping us separate for months, and many more crazy events. We've cooked together, made funny videos, played games, prayed, dreamed and done so much more online than I ever would have wanted.

Yet the online part built the foundation for our in-person relationship and now for our marriage. On the days when marriage is difficult, I hope he and I can look back on how this started - hours of long-distance phone calls and immense patience and bad Wifi connections knowing that God was going somewhere with this.

Online dating isn't for everyone or for every season of life. But if you are following God's leading in the process, your story has the potential for as much beauty and romance as any traditional "boy-meets-girl" relationship! And if dating is not what God has for you in this season, there is still the potential to meet good platonic friends, as I also did early in the process!

Keep believing, keep praying, and don't stop answering that text when you feel a tickle in your heart. 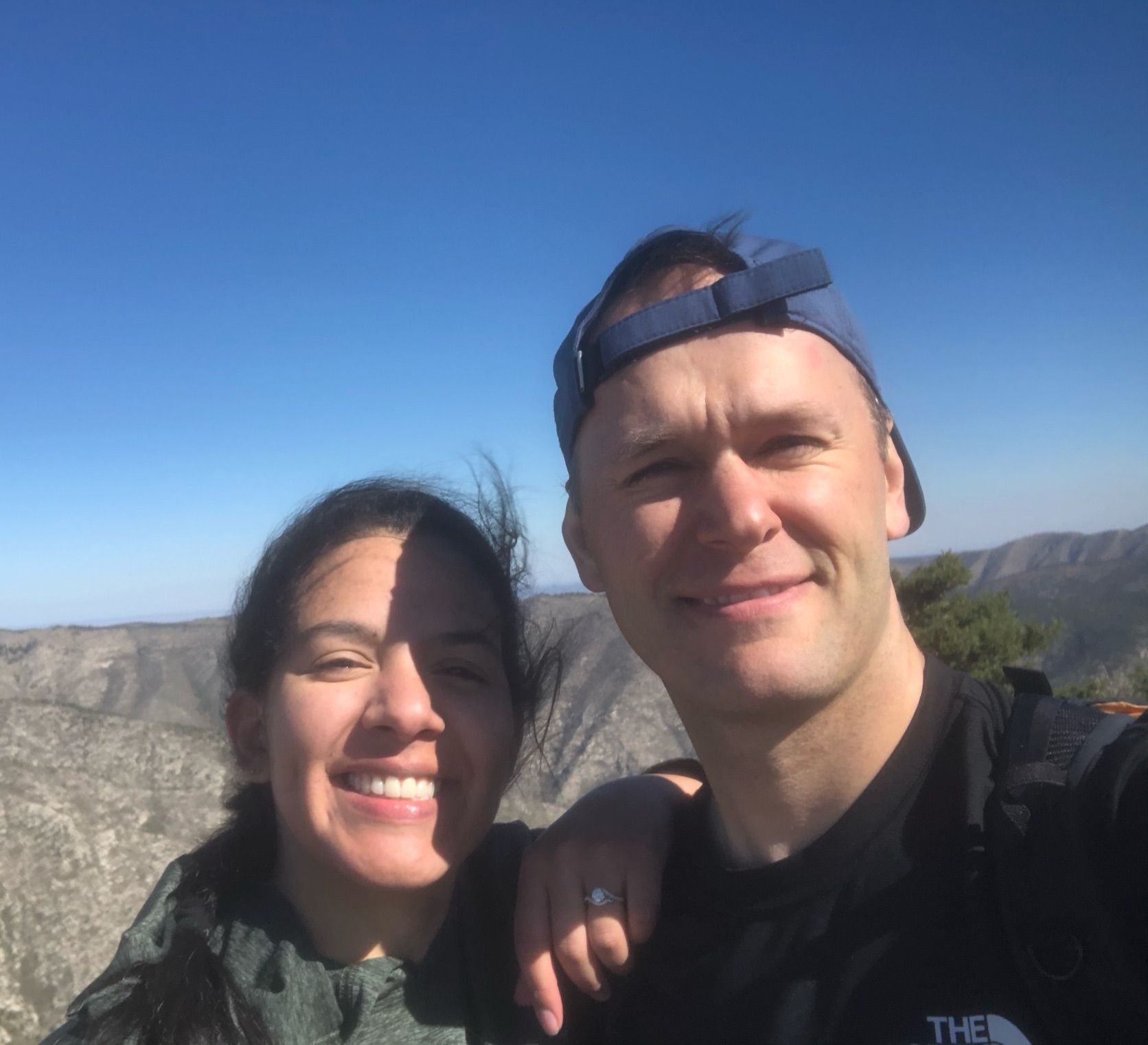 Sharom found the perfect piece of her heart: Mark!

In August 2019 Mark wrote to me through Christian Cafe. We started to be friends. In March 2020 he traveled to Ecuador to meet me and my family. In September I traveled to the United States to meet his family. We are currently engaged and are planning our wedding for later in 2021 :)

Thanks to you ChristianCafe and your team! :) Continue being a blessing for so many people out there!

Advice from Sharom: ChristianCafe is a portal of opportunities to meet people. You will meet all kinds of people, just as it happens outside the internet. So be brave, say hi, be honest, and you'll know when it's time to take a trip because you've found the perfect piece that your heart was needing.

We aren't Internet people, but we would have never met if it wasn't for Christian Cafe: I met my girlfriend!!

She lives in Chicago and I live in Minneapolis. We met over 6 months while on Christian Cafe. Most of our relationship developed over the telephone.

She came to Minneapolis a week ago and I heard the Lord say directly to me "This is the one I want you to meet in person". The weekend we shared together was supernatural. We spent 2 days over 8 hours worshiping Jesus. It was amazing.

I have a ticket booked to Chicago this Saturday. We are going to drive from Chicago to Missouri to meet her parents.

I can't thank you and your staff enough for maintaining a great website and for your help with this matter. I wanted you all to be inspired by your work.

I highly recommend Christian Cafe - you guys are awesome!

It was probably the best website out of all of the ones I was on. Thank you so much - you've got an amazing business.

Both of us nearly canceled our accounts, but then she saw my profile and reached out to me.

Jack: I found my match. Shirley reached out to me because she was so taken with my profile. Our lives parallel in so many ways. She is the wife of a former pastor who passed away a little over a year ago. They were with the Salvation Army and number of yours. She really loves God and is very committed to the Lord.

She drove all the way across the state to meet me. She is a beautiful lovely lady and it appears right now we are pursuing this relationship and feel it could lead to a wedding in the not too distant future.

I am so grateful to have found someone that I think loves me and cares for me the way in which I had so hoped would happen.

Shirley: I am now very interested (and engaged already) to a wonderful gentleman I found as a Match on ChristianCafe.com. We plan to marry in late June of this year and are sooooo happy!

Jack: After losing my wife of 54 years who was the love of my life, I was not sure that I had any love left to give. I dated several women I met on ChristianCafe.com but nothing clicked and I became very discouraged. But when I met Shirley It was love at first site! I am 78 and she is 83.

My husband and I met on your site in 2013 and have been happily married since June of that year.

I have found the most beautiful one.

Thank you once again. I don't know how I can thank you more! She became my soulmate. We are one into this relationship. She is so good, seriously devoted to God.

Wow! I am blown away for many reasons!

I wasn't expecting to receive a response so quickly so I'm amazed at that, to begin with. But considering the high number of emails I imagine you all receive, taking the time and attention taken to give such a considerate response.

God bless you all so much. This community will continue to be in my prayers!

I found my man!

I met him on ChristianCafe.com and we're getting married in September.

I would like you to please take my profile down: your site was very successful.

I met the man I hope to marry on ChristianCafe.com. Was very impressed with the service and the way everything worked.

Thanks to Christian Cafe I am now a HAPPILY MARRIED man.

I was prayerfully looking for a partner, and by the grace of Father God, we found each other on this platform in August 2020.

May the same grace be to all your members in The Name of Jesus Christ.