We were both "tough" matches :) We'd never have found each other without ChristianCafe.com. 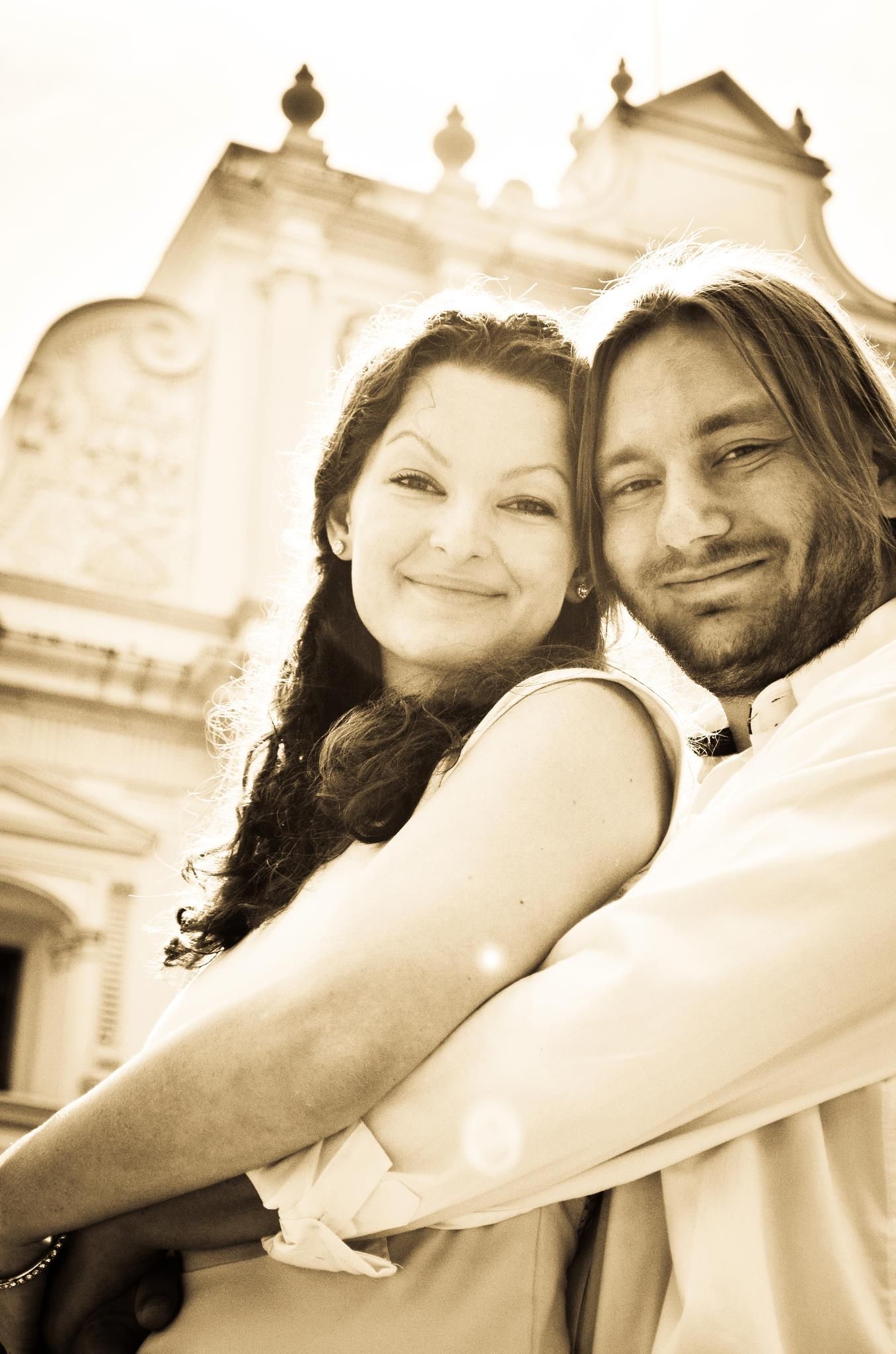 A beaming Kristine and Aron! 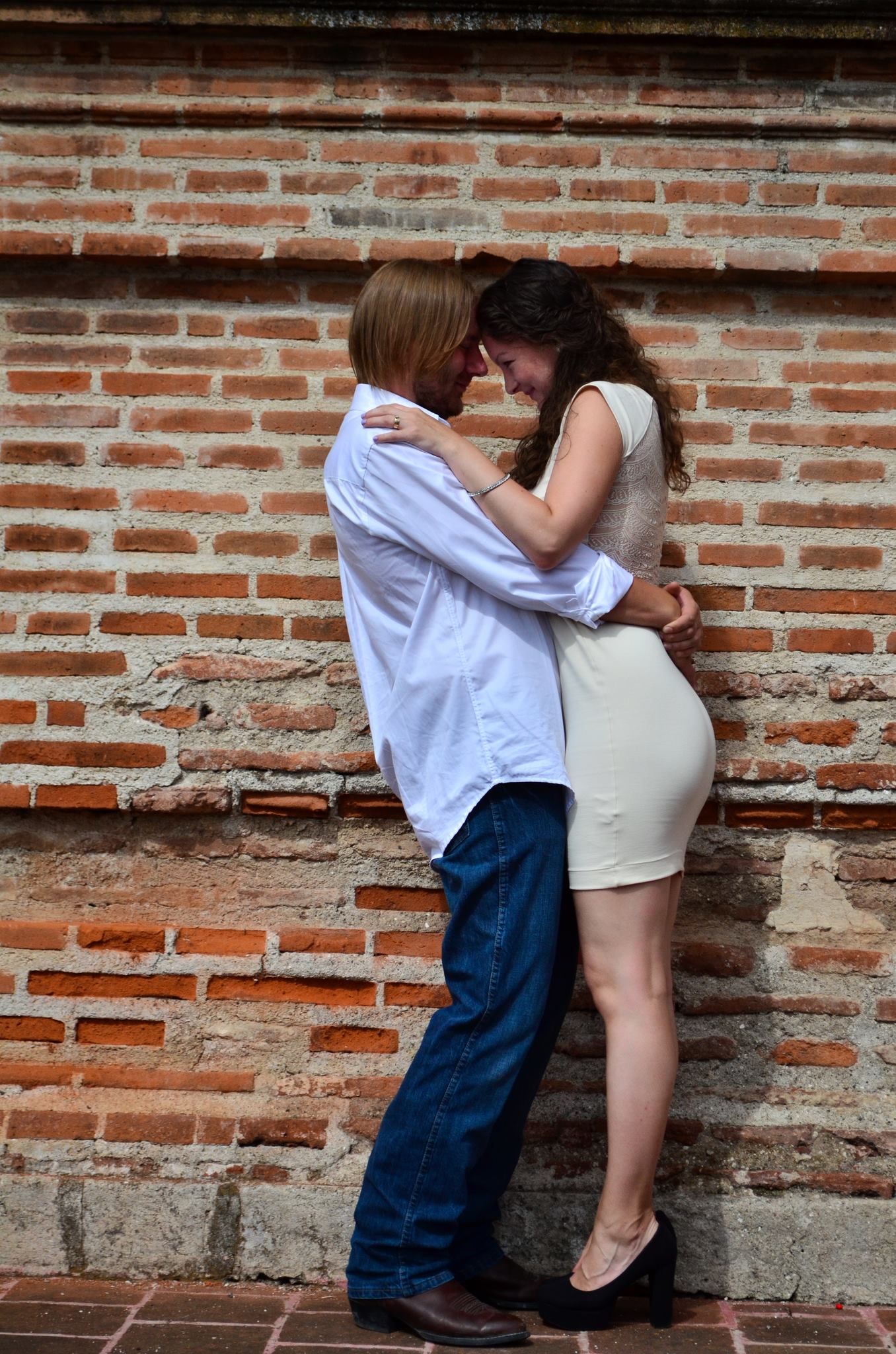 Across the ocean, but now together :) 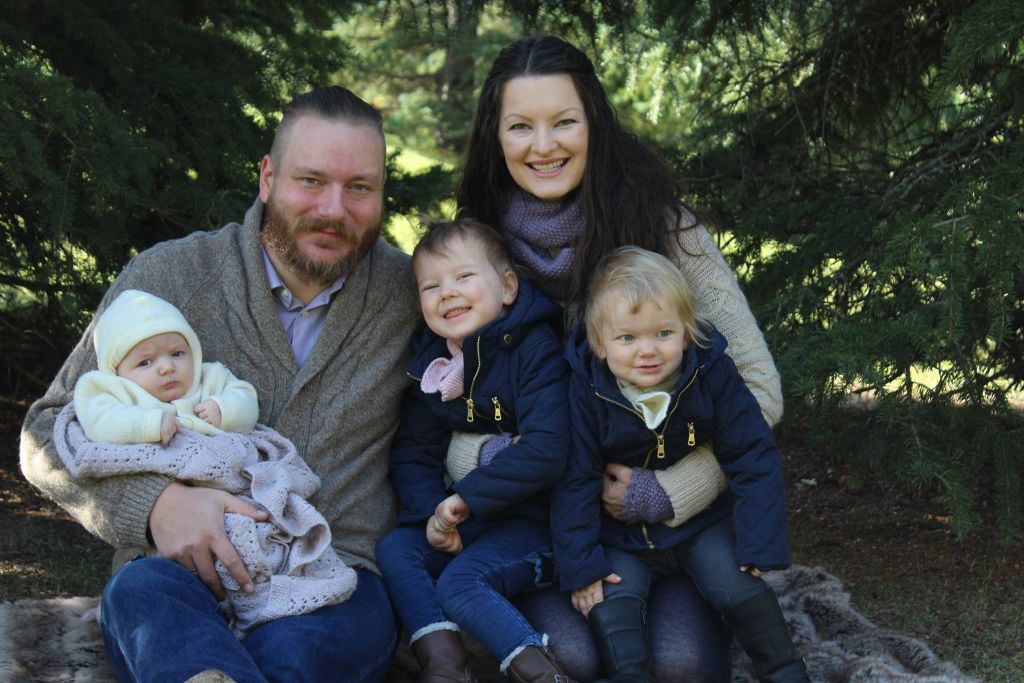 A proud Aron and his wife Kristine with their 3 "Cafe Babies"!

My wife and I found each other on your website 9 years ago! Both of us were on the last day of our membership and were deciding whether or not to renew but...Voila, God brought us together :)

We were married within a year of meeting and now have three beautiful daughters and going strong. She was from Norway and I'm from Canada. We live happily in Calgary.

An engagement in the air. 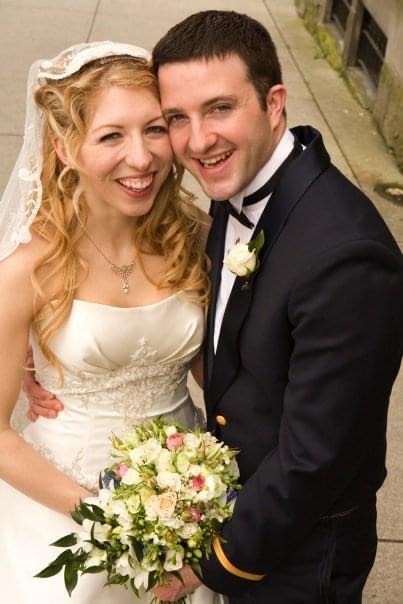 Shelley and Danny so happy to be together! 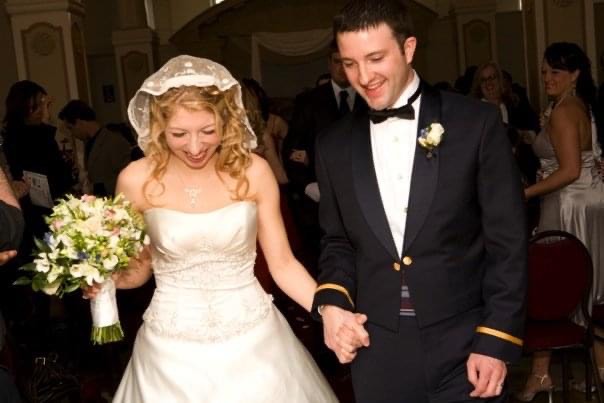 More smiles for the newlyweds 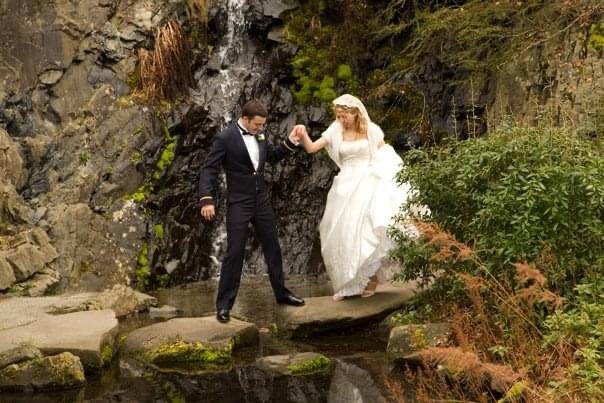 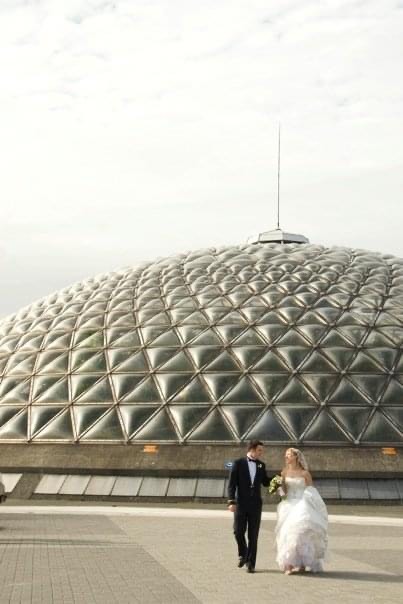 Shelley and Danny married back in 2008 but look back with fond memories of Danny's proposal.

Danny proposed on September 8th. He took me flying! He wore his pilot dress shirt and tie, and I wore a pretty blue dress. It was a cloudy morning but it cleared up beautifully. We flew in a little plane through the mountains, over Canmore. Wow. What a perspective! He took me over my house and asked me what I saw. There on the road were huge 3-4 foot letters, WUMMS? "What do you think it means?", he asked. "Will You Marry Me Shelley!!!" I screamed. He handed me an open box and I screamed and laughed some more. He leaned over to kiss me with his hands on the controls. Then he reminded me that it was a question. "YES!" He did a bunch of crazy turns that kept me screaming and stomping my feet on the floor of the plane...

As early as April of 2007, I began looking for ideas for Shelley's ring. Of course, the first issue was the size. I requested it from Shelley, saying "If you give it to me now, I won't have to ask for it later, and it will be more of a surprise!" Four months into dating, she took her time thinking about it, but eventually, she relented. She faxed a note (with the size on it) across the country and had it delivered to me inside a pizza box! Creative, and romantic! ?

By way of estimation, I browsed past more than a thousand different designs, all told before finding the right one. Since Shelley and I met on ChristianCafe.com we had long since become addicts to Air Miles. When I knew when the ring would be ready, I booked my first Air Miles flight to Calgary for the proposal. Now, I had asked Shelley the last time I talked to her if I could "take her flying sometime" - so the stage for something exciting was set.

I flew in to Calgary the Thursday night, and handed Shelley flowers as I met her at the airport. The next morning, I cut open a bag of the white drywall powder and proceeded to spread it into the form of rather large letters in front of her house. When I saw Shelley, I told her that she wasn't allowed to leave the house with her eyes open; I led my closed-eyed princess to the awaiting carriage....

We took off from Springbank airport in our Cessna 172, enjoying the sunshine. We flew briskly towards Canmore, enjoying having such a God's Eye View of the world, with its small problems so far beneath us. I navigated us using my GPS such that Shelley would be able to see her house below from her passenger-side cockpit window. It was difficult at first to position the plane into an ideal viewing spot, as there were a few inconveniently placed leftover puffs of that grey cloud just at our altitude... Not to be deterred, I swirled us around and asked her "do you see anything down there?"

I paused, then asked "And what do you think that means????"

So excited, I pulled out the ring box and handed it to her (while still flying the plane, of course.) She SCREAMED and SQUEALED ! It was such an exciting moment!

A moment later, I playfully quipped "You know... that was a question actually!" (hehe) Even more playfully, gleaming at this point, she replied "Ahh, are you going to ask it?" The moment I had waited eons for was now upon me! "Will you Marry Me Shelley?" were those five wonderful words, and she screamed "YES!" "Yes!" and squealed some more! I was smiling from ear to ear!

As we shut down at the school, I got out, walked around the plane, and opened her door. As she exited, I got down on one knee and helped her out of the aircraft. She pulled me up, and it was one loooooooooong long kiss.

We were the happiest two people in the world, and truly, we still are.

ChristianCafe is the best of all the Christian single sites that I've visited and experienced.

[Editor's note: See September 2020 and May 2021 for more praise and encouragement from Rand!]

Keep up the great work on your site.

I consider ChristianCafe.com to be among the best!

I don't know what my life would be like today without Christian Cafe. I tried all the other dating sites when I was single back in the day. They were a waste of time and money. Thank God for your site.

[Editor's note: See June 2008 for their post just after marrying!]

I have wanted to thank you for your excellent customer service.

I always appreciate your earnest and helpful responses. May God continue to bless your business.

I would like to say thanks for your wonderful and professional service that's provided for us.

Kind regards. God bless you and your team.

I have met someone here who seems to be God's perfect match for me.

He's a Pastor. Imagine that!

Thank you for the opportunity to once again be a part of your ministry to singles. God Bless your outreach to a much-needed part of God's Kingdom and those who occupy a part of His heart.