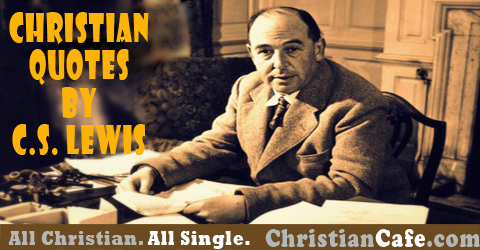 C.S. Lewis became a Christian in 1931, influenced by his good friend, professor and writer, J.R.R. Tolkien (who wrote “The Lord of the Rings”). After his conversion, his faith was the main theme of his writing and had a profound effect on him.  He is well known for his comments and apologetics about Christianity and became a great orator, as well as an unbeatable debater.

Sample of some great Christian Quotes by C.S.Lewis

Do you have a favorite C.S. Lewis quote of your own? If so, add it to the comments section below! We would love to hear from you and which quotes from C.S. Lewis have touched you the most.