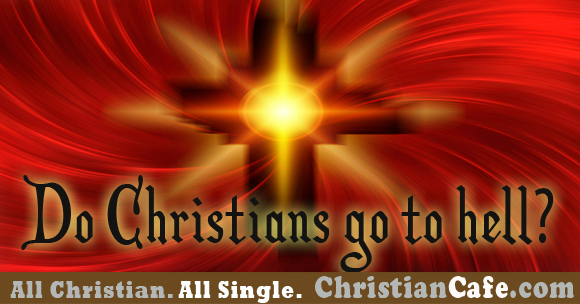 Dear Jim: What actions would cause a Christian to go to Hell?

Singles write to me from time to time and share some very terrible events in their lives. The negative impact that someone has had on his or her life is so devastating. Some acts that are done to others are unspeakable. I want to be very sensitive to those who are the recipients of abuse and even attempts of murder. Let me share some thoughts that address two major areas that result from these sinful actions:

Does getting a divorce mean I’m going to Hell?

The abuse was so bad that I had to divorce. I understand that God hates divorce and I will spend my eternity in Hell because of my choice to divorce.

Divorce is a sin according to the scriptures. Matthew 19:3-12 gives Jesus’ words regarding divorce. He said that God never intended for divorce to be an option. It was Moses who allowed it for the hardness of men’s hearts and the intent was to protect the women. He goes further that if one divorces, except for fornication, they are committing adultery. Adultery is a called a sin from Exodus throughout the Bible.

Whatever the reason, God’s heart is broken because of the tragedy that has and will occur in the lives of His children. However, I know of NO scripture that says divorce is an unpardonable sin. Everyone involved in a divorce will have consequences in their lives. However, the loss of salvation is not one of them. They may lose the ‘joy’ of their salvation and their act MAY hinder God’s fullness in their lives, but they are still His children. Restoration can be realized if one seeks Him and confesses their sins.

“1 John 1:9 say ‘If we confess our sins, He is faithful and just to forgive us our sins, and to cleanse us from all unrighteousness'”

While divorce is not an unpardonable sin, it is a sin. One should never ‘assume’ on God and just presume on His mercy. While the sin can be forgiven, God does not necessarily reduce the consequences. In fact, I believe that at times He may provide forgiveness, but allow severe consequences for our maturing, and growth.

Do abusive Christians go to Hell?

My former spouse was so abusive or horrible that it is impossible that he is a Christian.
Divorce is an ugly environment. The whole reason that divorces occurred is because of some act or acts that are totally unacceptable. Before the one taking the divorce action can do so, they have to convince themselves that this is the only course for them.

The abusive person is certainly committing sins in their actions. I receive so many emails sharing some very horrible circumstances. However, the commission of a sin does not remove Christians from their rights as Children of God. Galatians 2:6 tell us that we are saved not by any action of ours, but by faith in Jesus Christ. If no act on our part (save faith) can save us, then no action of a Christian can lose their salvation.

While the Christian who commits a hideous sin does not lose their salvation, they can certainly lose the joy and greatly hinder God’s Spirit from filling them.

Kind David was an adulterer and a murderer.

To illustrate this, I ask you to consider King David. David committed adultery; tried to cover it up by committing the murder of her husband. David repented to God, but still had consequences to pay. For the rest of his life he had to contend with family problems. However, God did not remove His hand from David. God accepted David’s confession and then made something good come out of this tragedy. The son that was born out of this was Solomon, who became the next king after David. God’s ways are not always our ways. Romans 12:19 say that vengeance is God’s.

Sins against society are taken care of by the government. Sins against God and His children are His to revenge. Believe me, He is capable to take care of it.

Are all those who confess to be Christians actually Christians?

Is everyone a Christian that says that they are? No. However the judgment of who is and who is not a Christian is up to God and God alone. Matthew 7:1 shares that we are to judge not, less we be judged.

Am I a Christian?

Vengeance is mine, says the Lord.

Life is often a challenge and hard to understand. Revenge is not the Godly way to handle the crimes committed against you. When one holds onto revenge, they are keeping themselves from healing and letting God flow in and through them. This spirit of revenge seldom impacts the other person and it only serves to continue to injury to the victim.

May God guide you to an understanding of your situation so that you can find the healing and peace He and you desire.

3 comments on “Hell – Do Christians go to Hell?” Add yours →