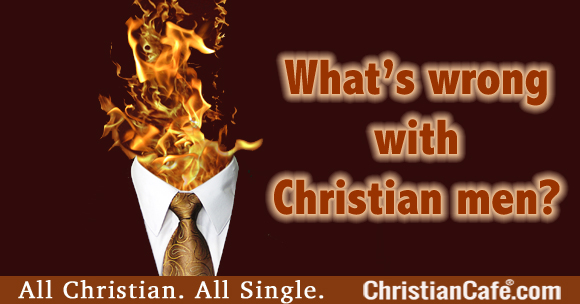 What’s wrong with men? Dr. Jim explains how to avoid future hurtful feelings when meeting Christian men online. Beware of false expectations at the beginning of an online relationship. We should never let our guard down and keep safety as our first priority when connecting with other singles via a dating website.

You might ask: What’s wrong with men?  This question, or one similar to it, has been asked often in emails to me. Wow – does it open up a big subject. I have not received one from Christian men asking what is wrong with Christian women – but suspect I will soon.

After the question is posed, the writer usually proceeds to share something like this. They met someone and hit it off extremely well for a period of time. Then for some reason that they cannot understand, the man moved on to strike up a relationship with someone else. This caused great pain for the first woman and a lot of confusion. Allow me to write some thoughts that all should understand and consider:

“Developing a relationship is a ‘process’“

Our previous blog about the same subject: The relationship was going great, but then…

I am sure that there are men on the Internet who have the sole motivation to use women for their own self-serving interests. There are others who do not mean to cause others pain, but do so out of the pain or impulsiveness in their own lives. Not easy words to hear/say, but if someone is not committed to building a relationship and moves on, it is really a blessing in disguise. It would not have been a healthy relationship and God likely knows that deeper pain would have been yours had the relationship continued.

Some suggested books for you to read:
Men Are Like Waffles – Women Are Like Spaghetti, by Bill Farrel
His Needs, Her Needs, by Willard Harley, Jr.

48 comments on “Advice For Single Christian Women: What’s wrong with men?” Add yours →