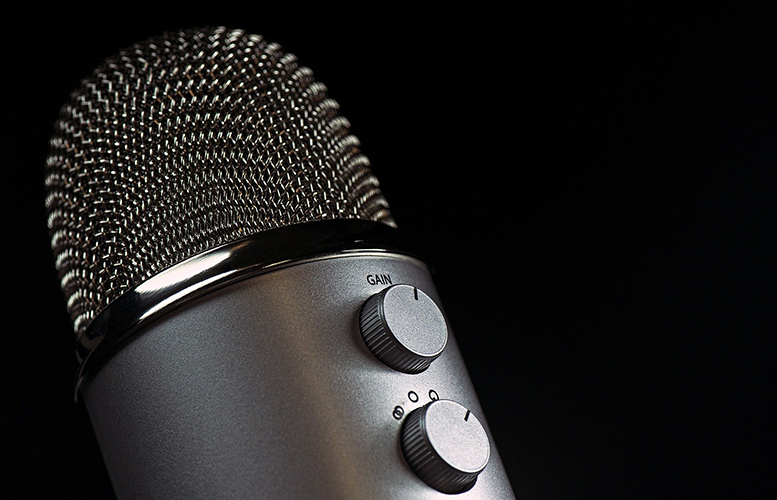 ChristianCafe.com is conducting a series of discussions with experts from various churches and ministries about Christian singles in America today. The first discussion is with Lisa Anderson, Director of Young Adults for Focus on the Family.

Lisa Anderson, Director of Young Adults, Focus on the Family

Sam Moorcroft, President of ChristianCafe.com, speaks with Focus on the Family’s Lisa Anderson regarding Christian singles and the Church.

Lisa Anderson hosts The Boundless Show, Focus on the Family’s popular podcast for young adults. She leads the Boundless team in discussions on relevant issues, interviews authors, artists and other newsmakers, facilitates Q&A, and shares experiences from her personal life.

Listen to the full discussion

» What are the contributing factors to such a high rate of singles today?

With the exception of a few who are called to celibate service, we are meant for marriage. The biggest factor is that we don’t have a Biblical understanding of marriage or dating. You would assume that Christians would know this. The Bible begins with marriage and ends with marriage. Unfortunately, our culture has picked up the practices of the world.

There are cultural factors that play into this high rate of singles. Those who grew up in the 80’s, 90’s and now the 2000’s are the product of the largest divorce generation in history.

Feminism has played into it. Those who were born after the early 70’s have lived in a new generation where life has been devalued. Fatherlessness is a huge issue. The lack of fathers in the home has resulted in a generation of men who are lost when it comes to what it means to be a man, a husband, and a father themselves. Men don’t have good role models.

The church hasn’t taken up the standard and said that if marriage is meant for most people that it (the church) should do something. There is a dearth of mentors in the Christian community, which is leaving young adults to flounder on their own. This isn’t good for choices of spouse, but also in careers, world outlook, etc.

» Given that reality, where and how are Christian singles connecting? Once they get to their post-college years, how do they do connect?

The largest pool is still within the church. I believe that it is the role of the church to assist in making good matches. A lot of Christian singles still see church as the place where they can meet someone. The problem is that this is not done in a holistic manner or a spirit of mentorship and accountability. So, you have the whole dynamic of the “meat market”. No one likes it, but many still participate in it.

I think the online component is huge and has grown to the point where people choose to go online to find a mate. A lot of singles also participate in volunteer ministry activities, such as your local church or a soup kitchen or mission work, and by doing what they are passionate about, perhaps they can meet someone with the same passion.

Of course, this all only takes you so far, as you have to relate to the people you may meet and then be intentional in seeing if there is any potential for a marriage partner.

» One in six people who were married in the US in 2007 met online. What are your thoughts about this and do you think it is here to stay as a way for singles to meet each other?

I think it is definitely a viable option. I myself have done it. It is a great opportunity to “get your numbers up”, i.e., it is a great way to meet people. You know those you meet on a dating site are also there to meet singles, so it removes the awkwardness of what someone’s intentions are, eliminates the players, etc. Many of my friends have met their spouses online, which is fantastic.

The medium’s purpose is to meet people and eventually you have to take that relationship into real time and real space. No one wants an indefinite pen-pal situation.

» Back when I was single, I met women both locally and from all over the US using the online dating sites that were popping up in the late 90’s. As it turned out, I met a woman online who introduced me to another woman, who came to work for me on our new dating site, ChristianCafe.com. To make a long story short, we’ve been married now for almost 7 years, with 4 kids.

Concerning being equally yoked, do you think today’s Christian singles are aware just how important it is to have a believer for a spouse?

I think most self-described evangelicals understand that. Where we run into trouble happens when singles start to compromise on their values.

They can rush into an online relationship and give way too much emotionally too early on. Certain things become negotiable that shouldn’t be negotiable. This is why at Boundless, we are so big on mentorship and accountability.

These singles need to make sure that on their Biblical fundamentals, they both agree. It is not just paying lip-service to Christianity. While most understand this, far too many Christians will let others define their faith, rather than referring to what is Scripturally true.

» Are you referring to believers who are “fooling around” or “he says he is a Christian, but doesn’t really go to church”?

I would say it can be “both-and”. What we hear a lot on Boundless are women who are on fire for the Lord, and are plugged into Bible studies, etc. They also want to be married. This leads to them compromising and “hitching their wagon” to a guy who may come from a Christian home, but hasn’t done that hard faith work himself for his own life. Is he on a trajectory that is moving towards maturity in his Christian walk?

» When I was single, I went to a group called “CAPS” (“Careers and Professionals”). There were around 100 singles there and I remember seeing 50 potential couples. However, hardly any dated each other. It was like they had this Hollywood standard of the perfect mate: guys with the ideal physical look for women and girls a romantic ideal for men. A female friend said that when men get to 30, they get comfortable. They aren’t in a rush like a lot of women in their 30’s, who want to settle down and start a family. This friend is now in her 40’s and still single. She dated a lot of non-believers, who were great people, but the question was would she rather be in a marriage, but still lonely? And, what about these men who never settled down?

That’s a huge theological discussion, actually, and it comes down to trust. Is a woman who is faithful going to trust that, no matter what happens, she is going to follow God whether she is single or God has someone for her? Is she going to remain true to her Christian beliefs, even if that means being single her whole life?

» Across Canada and the US, you have this huge group of people moving through life in perpetual singleness. Is this a function of living in a society that has lost its way? Or is this because the Lord isn’t answering their prayers to be matched? It seems very sad.

I think it comes back to that Biblical understanding of marriage. We at Boundless are uncompromising on there being very distinct roles for men and women when it comes to marriage. Men are called to pursue marriage. Proverbs 18:22 says “he who finds a wife finds what is good and finds favor with the Lord”, not “he who sits at home in his parents’ basement playing Xbox all day”.

So, men should be out looking for a marriage partner. That takes risk. As Carolyn McCulley says, “Men trust God by risking, whereas women trust God by waiting.” These are both very difficult things to do. Nowhere in Scripture does it say that God is going to pick your mate for you and you don’t have to do anything. If you need a job, you don’t sit in your house and hope that someone knocks on the door and offers you one. You go out and send applications and do interviews.

» When it comes to online dating on ChristianCafe.com, the people here are taking the initiative. They are here because they are interested in connecting with someone special. What is sad for us is that the secular business world knows about all these single Christians and are actively targeting them.

Many of these sites seem to have hidden agendas as they are also into promoting ungodly activities such as pornography and homosexuality. Penthouse has a Christian dating site! Other companies promote things like “one-night stands”.

If you are subscribing to these websites, you are helping to support these ungodly activities (however unwittingly). Our take is that since Christian singles are online anyway, shouldn’t Christians be matching Christians, rather than the world doing it? That’s why we are so proud of being Christian-owned-and-operated.

How do you at Focus on the Family reach Christian singles, when so many are being targeted by the world?

Christians are definitely looking for community. Boundless and ChristianCafe.com are good examples of that online. We need to change Christians’ worldview of marriage. We don’t want people to be single forever. We tell singles at Boundless that we want to help them.

The church needs to rally around singles and tell them that it is the church’s responsibility to help them get to marriage, and not to leave them to fend for themselves.

» In an age of recession, how do ministries like yours survive? I know from running a small business that it costs a fortune to operate. I think a lot of Christians don’t realize just how expensive it is (whether for-profit or non-). How can Christian companies support ministries like yours (with more than just prayer)?

Focus on the Family has been around for more than 30 years. Many consider us the premier Christian organization for family advice and help.

Our challenge is now to reach the new generation and get them involved. Other than outright giving, you can refer us, or partner with us, etc.

We are doing other things such as our orphan work in Colorado and elsewhere. We are helping place 100’s of orphans locally. These are kids languishing in state care and are not babies, which are easier to place. We’ve had over 1,000 families step forward and say they are willing to adopt an orphan.

» Thank you very much for your time.

Find more about Focus on the Family’s singles ministry Boundless at boundless.org

1 comment on “Focus On The Family: Singles Ministry Discussion” Add yours →