When I read your offer for a free trial, I deleted it because I never believed in dating sites. 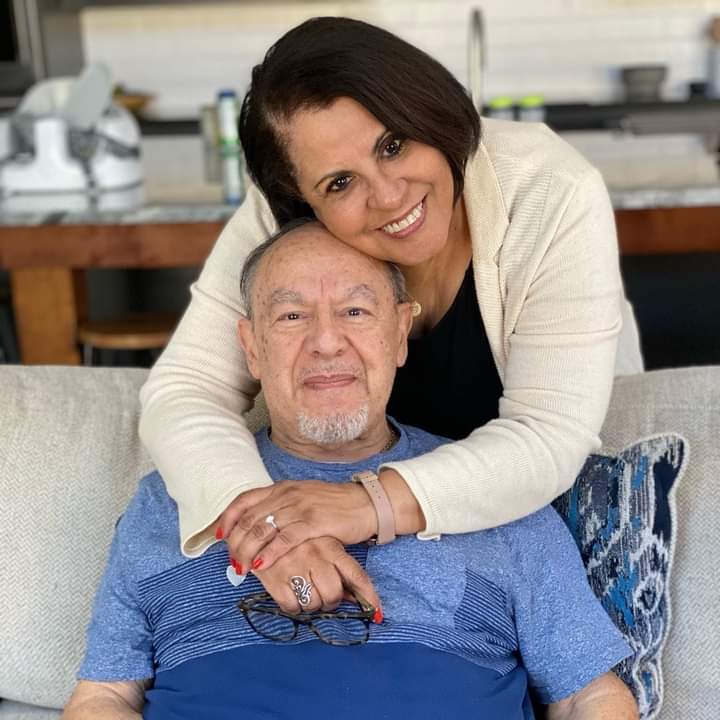 But after a while I started to think: "Could God be in this?"

I decided to join and put my photo and 4 minutes later, Jose clicked saying that I was so beautiful and he wanted to talk to me. I thought he was a very nice and handsome man, so I replied. We spent all day writing back and forth! A while later we saw each other on FaceTime and since then we haven't gone a day without seeing each other. 25 days after that, he came from New York to meet me and my children and he brought a diamond ring! We got engaged and we are going to get married on the 3rd of June.

It's crazy!!! It's just four months but it's like we have known each other since forever.

Thanks to God, everything is wonderful and within the will of God. We have the same ministry for God's purpose.

Be blessed and thank God for Christian Cafe.

Please take my profile off the site. 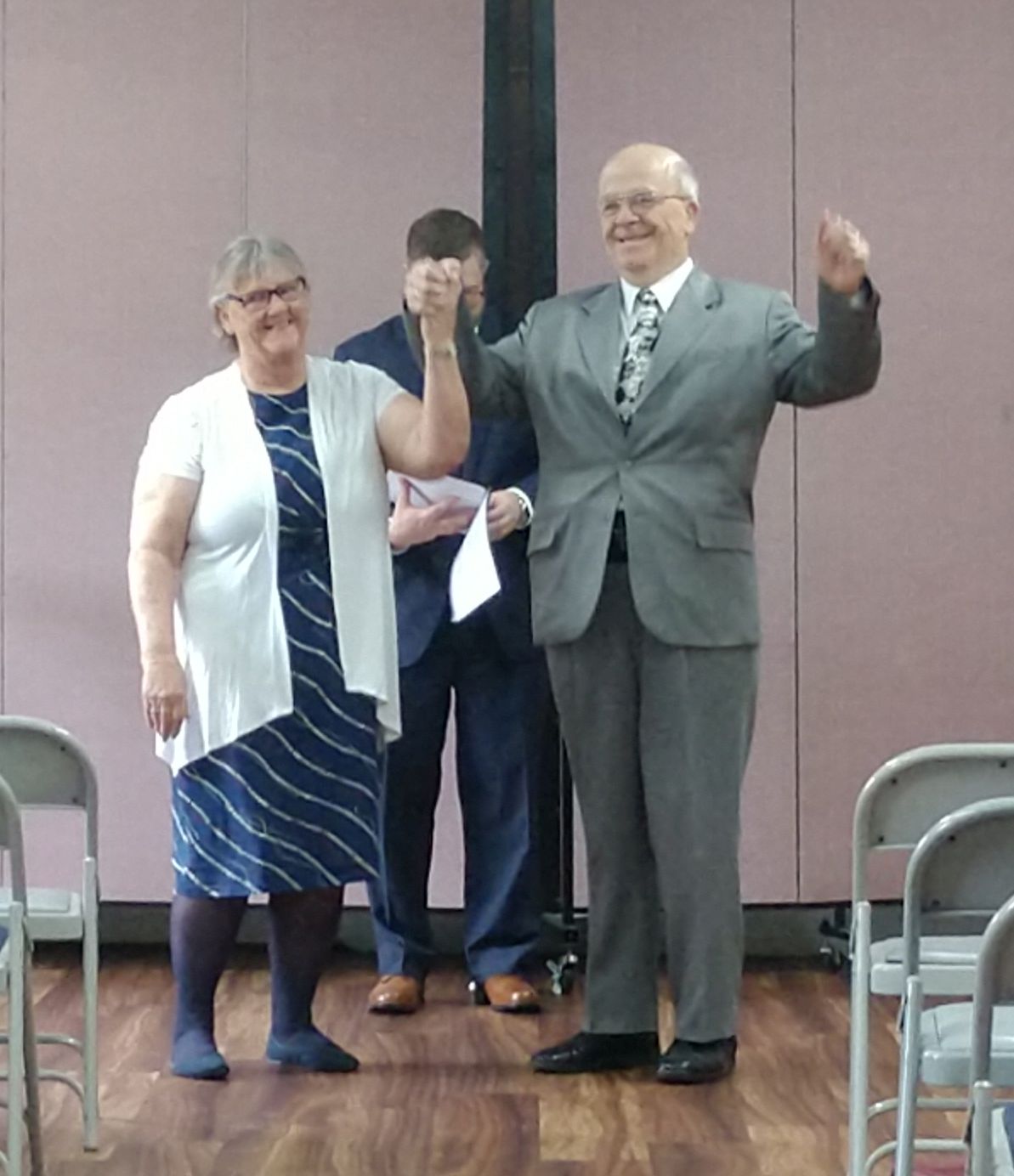 Thomas and Linda shout for joy after marrying!

I am married now and met my wife on ChristianCafe.com.

You can see if you're compatible before you even go on a first date. It's an easy and exciting way to meet someone. 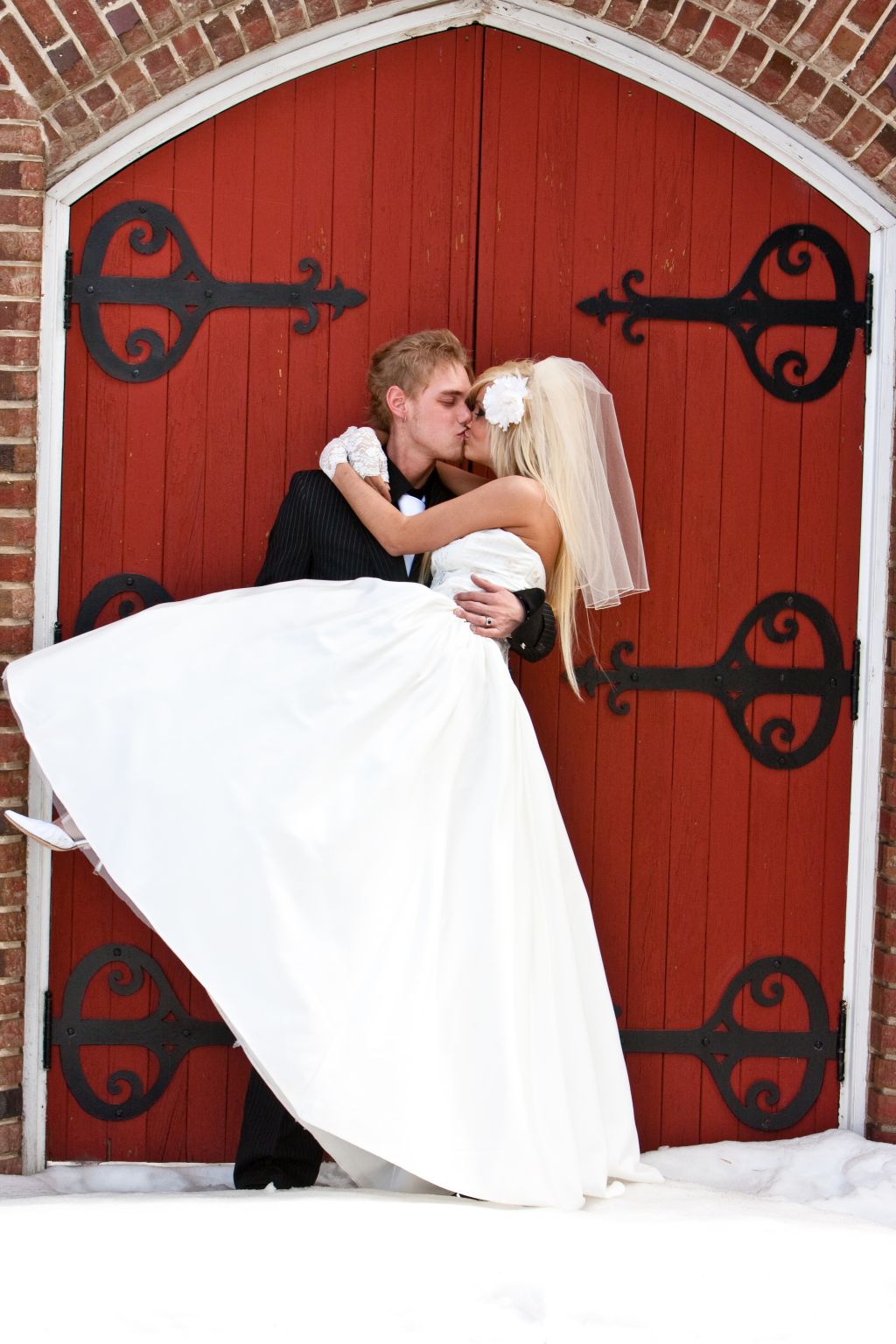 Danni was swept off her feet by a romantic A.J.! 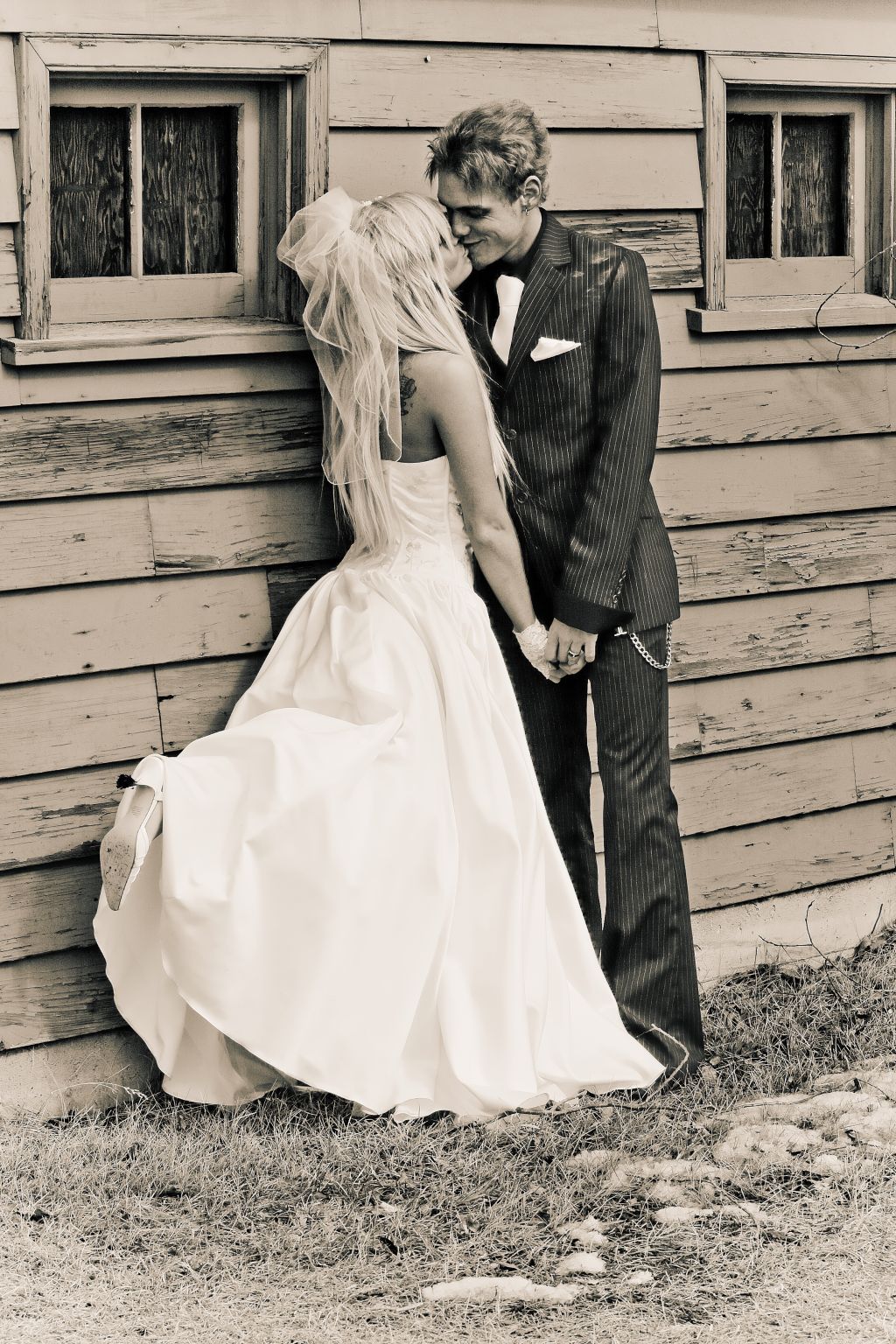 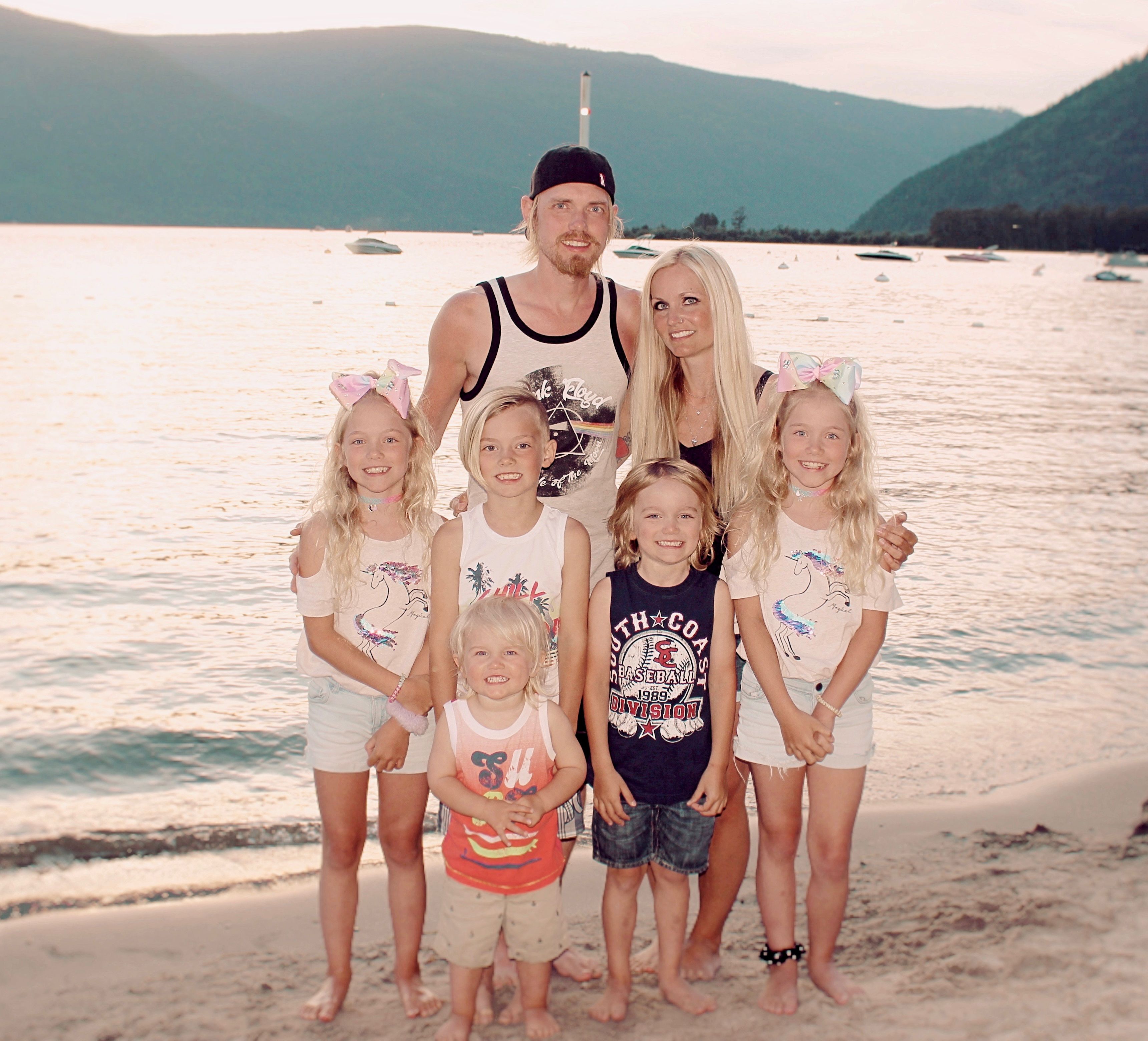 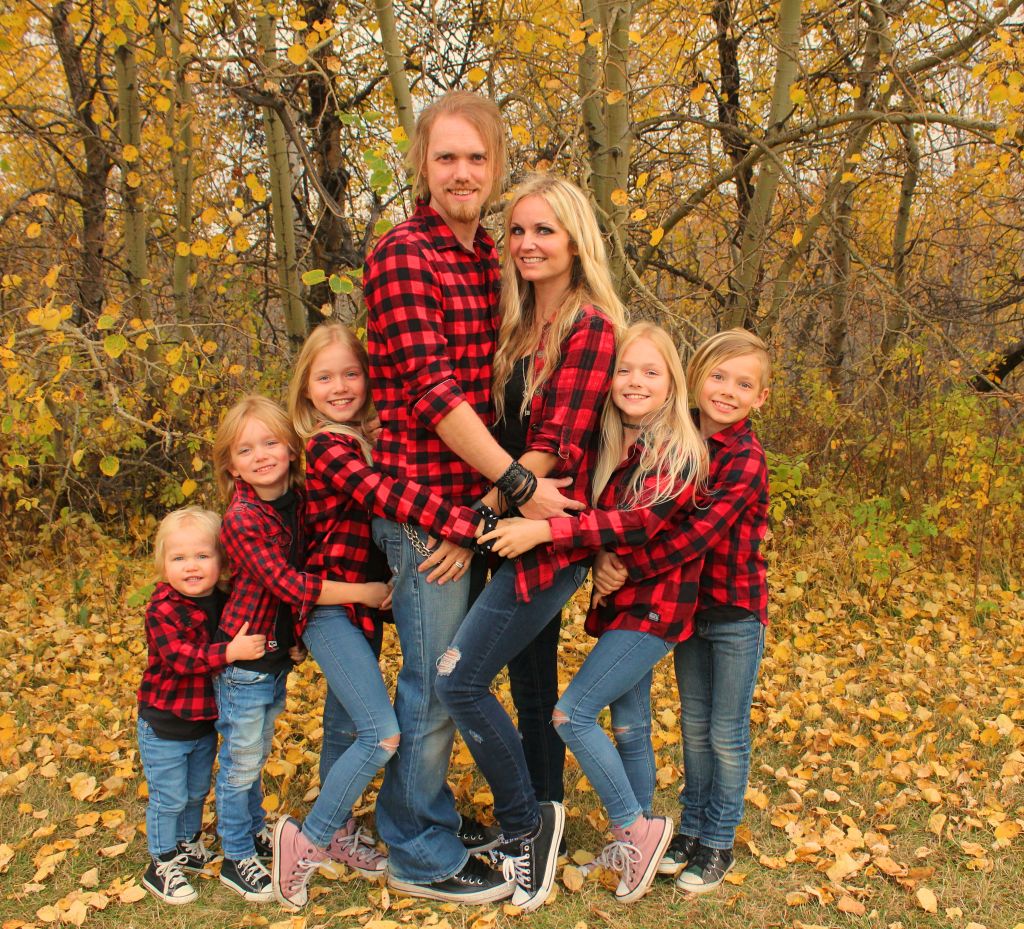 A.J. and Danni with their 5 wonderful blessings! 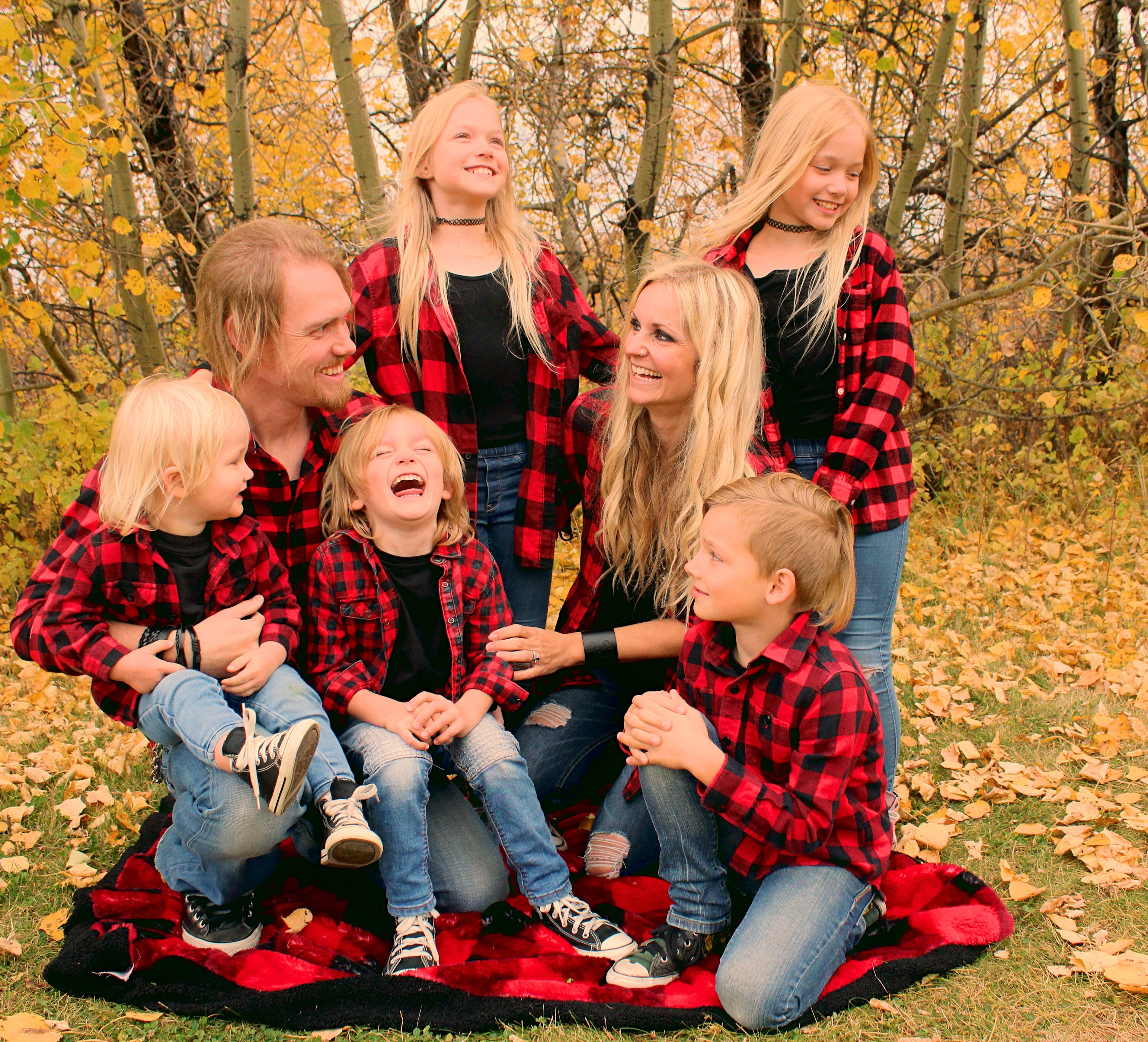 Danni and A.J. each met the love of their life and enjoy many wonderful times together

We were both sick of dating the wrong people. Neither of us had done online dating before but we both knew one thing. We wanted someone who was a Christian!

So, when we came across this site actually called "Christian Cafe" we were definitely intrigued. We started chatting right away after joining and realized we both lived in the same city! We couldn't wait to meet up!

We had our first date in Edmonton, Alberta, Canada on January 23, 2009. He picked me up and we went to a restaurant for dinner. He says he knew the minute I walked out my front door and up to his car that he was going to marry me. We had a wonderful first date. He actually snuck a french fry into my purse which was under the table so that I would think of him the next day when I found it.

Exactly three weeks later he invited me to go to Banff for the weekend with him. I almost didn't want to go because I had just been laid off from work that very day and was pretty upset. But of course, I agreed since I was head over heels for this guy! The next day, which was Valentine's Day, we headed on a road trip.

He had been acting strange the entire day we were walking the strip in Banff. It was like he was very distracted and his mind was somewhere else. I started to get nervous thinking he wasn't into me anymore. "Um...is he breaking up with me", I thought anxiously. Instead, he pulled out a little black box that held a beautiful little diamond ring. I looked at him in shock and asked him if it was a promise ring? He stuttered out no...and smiled. He was proposing and on Valentine's Day in Banff!! Can it get any more romantic than that?

He was rendered speechless. He was so terrified and nervous he forgot to get down on one knee. I soon realized that is why he had been acting strange all day. He was trying to find the right moment.

Well, we couldn't wait to spend forever together and managed to plan a small wedding in record time. Exactly six weeks later we were married in my hometown on March 28, 2009. It was amazing and I sang a song I had written to him on the piano.

In February 2011 we became parents to identical twin girls. In 2012 we welcomed our first son into the family, followed by a second son in 2014. We completed our family in 2018 with another baby boy. All 5 of our children are true blessings from the Lord and God continues with miracles every day in our lives.

We just recently celebrated our 12th wedding anniversary! We love to tell our story of how God used the internet & Christian Cafe to bring two people together.

We are now working for Him side by side, praising and rejoicing in God's amazing grace, keeping each other sane while we raise our small children! We didn't think it was possible to find a partner who not only is a fellow Christian but also compatible in every way! We are both musicians and continue to do music together, as well as sharing that gift with our children and watching them blossom and grow.

We would tell anyone who may be hesitant about signing up for a dating website to just do it! And having a faith-based website like this available to you, how can you not? It doesn't make you "desperate" it makes you smart!

Give Christian Cafe a try, you never know who is out there waiting for you! And like us, you might just find yourself married to the love of your life with a bunch of kids!

We are quite thankful for this life that we have established together! 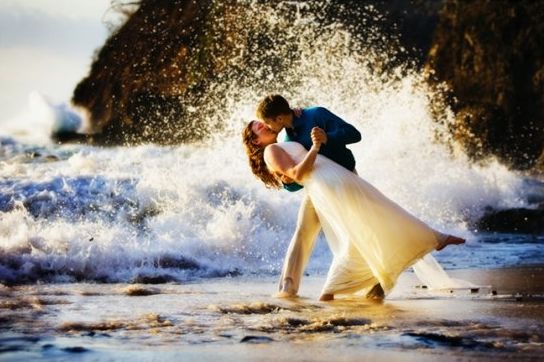 Helga and Peter very much in love 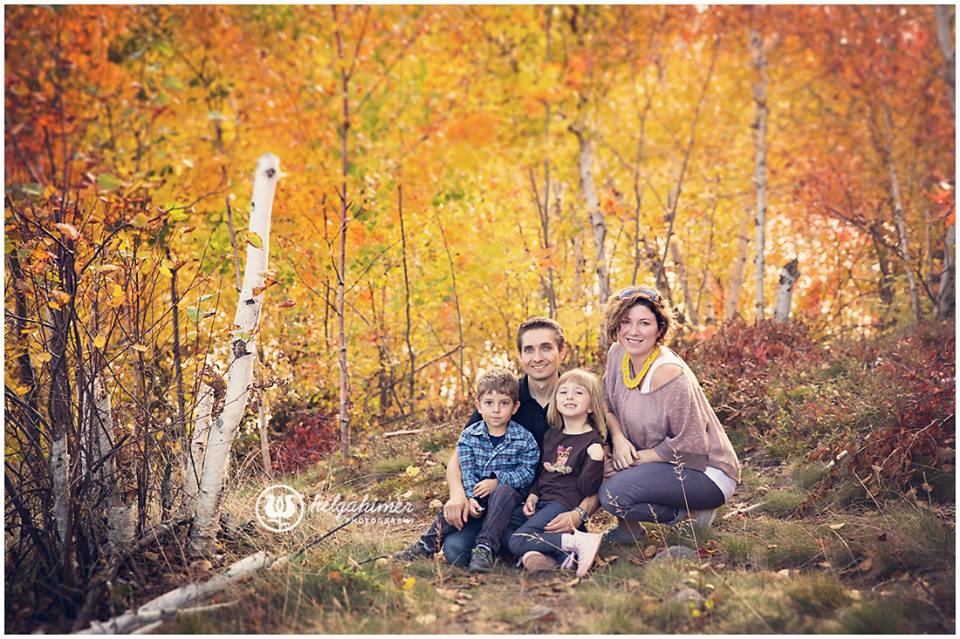 Helga and Peter blessed with their 2 "Cafe Babies"!

In the years since we were married, we have welcomed a girl and a boy, which has added its own special enjoyable flavour of blessing to our lives. 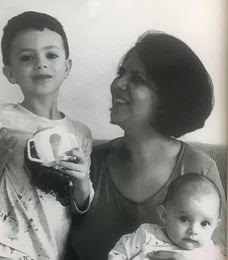 Isn't this the picture of motherly love!

We met in 2009 on ChristianCafe.com. The rest is history :) Thank you!

Here is our a picture of Soraya with our our firstborn and our latest.

ChristianCafe.com does work. The trick is to correspond with as many members as possible; those that are interested in you will keep the conversation fresh.

[Editor's note: See February 2015 for their wedding submission and May 2019 testimonial for their "Cafe Baby" update! See also September 2021 for Soraya's sister's testimonial!]

May the Lord continue to use ChristianCafe.com and bless others through it like He has blessed us! 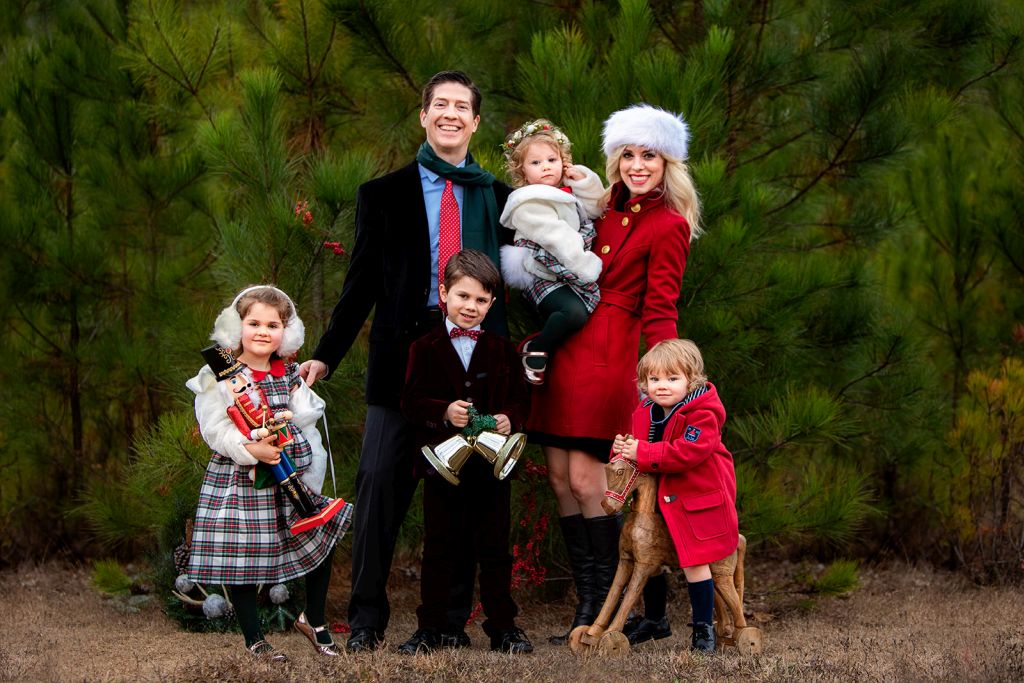 Steve and I are very happy and we have a large family now.

4 children in 4 years and a 5th baby will be born in 2 weeks! We have a son Sebastian, a daughter Scarlett Evangeline, followed by twins Genevieve and Magnus

God is so good!

Thank you Christian Cafe. You are the Best; and thank you for bringing couples like us together. 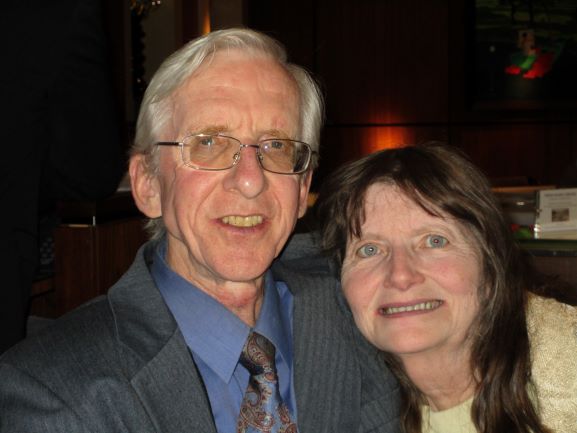 Sarah and Ken still enjoying the dream together!

I was living in Ohio and he was living in California. We decided to meet for first time in Omaha Nebraska where neither one of us had never been, the weekend of Feb 14th 2010. Wonderful weekend and we knew that we were meant for each other (I had been a widow for 5 years).

We currently live in Idaho with our 9 fur kids and are still honoring our marriage vows. Continued prayers please that God will bless us with many more years.

I have had an amazing experience on the app.

I think I have found someone amazing from ChristianCafe.com. I am so grateful.

Both my husband and I were unique in being elderly.

I'm so thankful seeing that there is still hope of meeting someone and finding real joy, even as seniors.

I am very pleased and happy with Christian Cafe.

I think I have found my forever best friend through the Cafe, and I thank you.

My experience on ChristianCafe.com is much better than on secular sites.

I think people are more sincere on ChristianCafe.com and less likely to waste your time.

Serious site, found really people here who love Jesus with all their hearts.

I joined ChristianCafe.com because of the good reviews you've received.

I rate my experience as excellent.

I met my fiance through ChristianCafe.com.

I had been on ChristianCafe.com for about a month but hadn't connected with anyone.

But I since found someone - thank you!

We have discovered that we think alike on many subjects. We both love God and love to serve Him. We both are very conscious of our health and eating naturally. We are both concerned with what is presently going on in the world and we agree on most things.

What I like most about him is that he seems to be very easy going and very pleasant. He knows his Bible inside out and I found that very impressive.

I have met a wonderful godly man, and we are so excited that God has brought us together.

I have been on ChristianCafe.com for well over 6 months. I did meet what I think is the ONE God has sent to me.

I have been on several dating sites and I have received more responses here than any other site.

So far all positive responses.

On the other sites most of the men are looking for "friends with benefits" and that is not my way of dating.